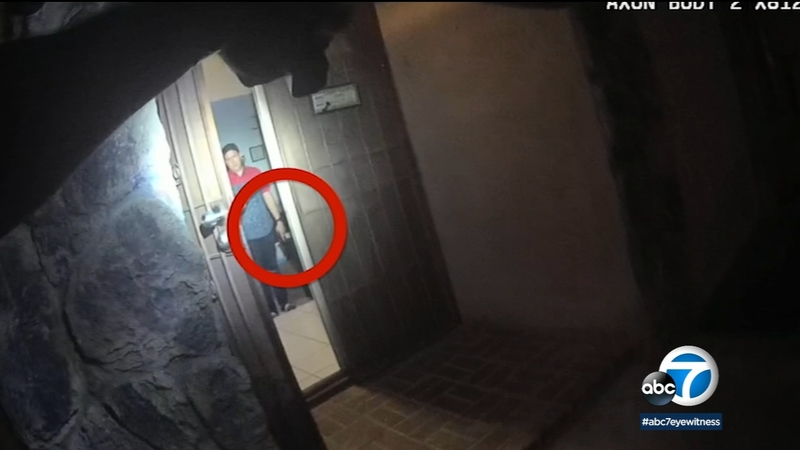 Newly released bodycam footage shows the moments leading up to the fatal Sept. 28 shooting of 27-year-old Richard Sanchez. Officers responded to a home on Cactus Circle after receiving a call about a man who was threatening family members with handgun, according to the San Bernardino Police Department.

Body cameras from the two responding officers captured the incident as they approached the home. The footage shows the suspect standing inside the home's front hall with the front door open and a gun in his hand.

Officers begin shouting commands for him to drop the weapon, which he does. The suspect then walks outside toward officers as he puts his hands up, but he did not comply with their commands to stop walking. As he continues to approach the officers, one of them opens fire, striking the suspect.

The department says the officer who opened fire did not meet its standards when using deadly force and is no longer with the department. The second officer returned to full duty.

Sanchez' family attorney, Brian Dunn, released the following statement in response to the released video, which reads in part: "While Richard's sudden passing has left a void that cannot be filled in the lives of his family members, the family is honored and encouraged by the swift acceptance of responsibility by the leadership of the San Bernardino Police Department--whose investigation into this tragic incident was aimed at uncovering the truth, even when this meant acknowledging the mistakes of a fellow officer."