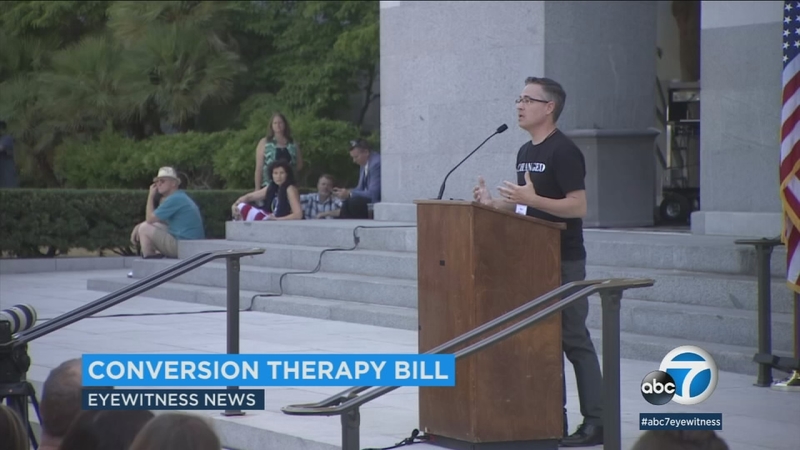 SACRAMENTO, Calif. (KABC) -- A bill to declare gay conversion therapy a fraudulent business practice is picking up steam in the California Senate.

The bill does not prohibit the practice, but bans selling or advertising it.

Hundreds of people rallied against the bill at the state Capitol Tuesday, fighting the proposal on religious grounds.

The Judiciary Committee has just passed the bill, bringing it closer to a vote by the entire state Senate.

An earlier version has already passed the Assembly.