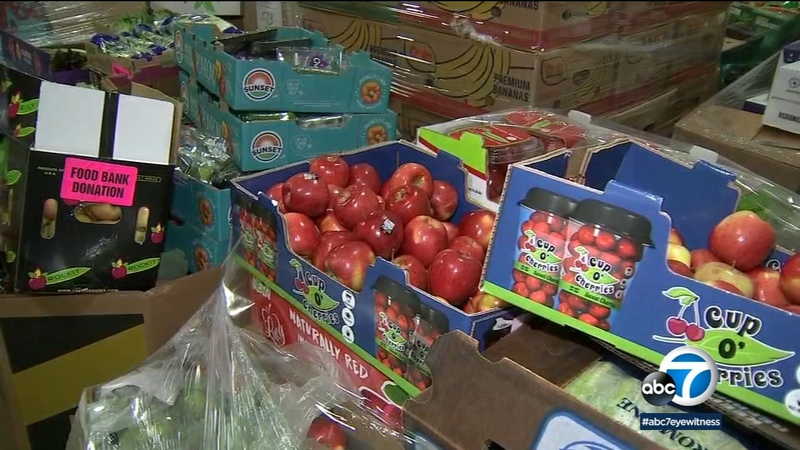 LOS ANGELES (KABC) -- Nearly 700,000 people who depend on the federal food stamp program could soon see a big change after the Trump administration moved to tighten work requirements for the program.

"This is an important rule because it allows states to tailor the ability to restrict the use of work requirements when they feel local conditions are not able to support sufficient jobs," said Elaine Waxman, a senior fellow at the Urban Institute.

Waxman said about 200,000 people in California could lose benefits once the new rule is implemented because it would limit states ability to obtain such waivers.

"That's important in a state like California which has had pretty variable unemployment rates across the state," she said.

The change would affect adults with no dependents 18-49.

"Many of these are among our most vulnerable adults," said Waxman.

McAdam said she's seen an increase in the demand for food, with hundreds of people lining up every Saturday.

"The people who are making these policies, they are not on the ground, they don't work with people, they are not working with the homeless for 13 years. So they don't understand the complexities of the issues," said Pastor Stephen Cue Jn-Marie.

Secretary of Agriculture Sonny Perdue said in part "...government can be a powerful force for good, but government dependency has never been the American dream. We need to encourage people by giving them a helping hand but not allowing it to become an indefinitely giving hand..."