"People's lives, freedom, security, the water we drink, the air we breathe - they all hang in the balance," Newsom, 51, declared to a crowd of hundreds packed into a tent outside the Capitol.

Newsom took the helm as California's 40th governor with a speech laced with bold pronouncements about California's values and the direction he envisions for the nation's most populous state.

But there were few specifics on how he'll get there. He never mentioned Trump by name, but said the president's administration is "hostile to California's values and interests" and blasted plans to build a wall along the nation's border with Mexico.

Newly installed U.S. House Speaker Nancy Pelosi, a San Francisco Democrat, was among those in attendance for the inaugural address. She got a standing ovation when she entered, an affirmation of the strong backing her opposition to Trump has in California's Democrat-controlled capital.

Gavin Newsom is officially California's 40th governor after a swearing-in ceremony in Sacramento.

A church choir from Compton got the crowd on its feet with upbeat renditions of popular songs to kick off the event, reflecting the younger, flashier style Newsom will bring compared to his 80-year-old predecessor, Jerry Brown.

In another sign of the generational shift, Newsom's 2-year-old son Dutch wandered on stage during the speech. Newsom, who has four children, picked him up and continued delivering his speech. The boy then walked around stage dragging a blanket, drawing laughs from the crowd until Newsom's wife took him off stage.

Even as he needled Trump, Newsom offered an overture to voters in rural California, millions of whom voted for Trump and John Cox, Newsom's Republican rival in November.

"I recognize that many in our rural communities believe that Sacramento doesn't care about them - doesn't even really see them," he said. "I see you. I care about you. And I will represent you with pride.

While touting the California Dream and strong economy, Newsom also acknowledged the state has problems, from a homelessness crisis to a gulf between the state's wealthiest and poorest residents to failing schools, all of which he called "moral imperatives." Beyond Trump, he pledged to take on drug companies, the gun lobby, polluters and payday lenders.

Newsom praised Brown, a longtime family friend, but indicated he would strike out a separate path from the fiscal restraint Brown made a hallmark of his last eight years in office. Brown sometimes angered legislative Democrats by rejecting big-ticket social spending items.

"For eight years, California has built a foundation of rock," he said. "Our job now is not to rest on that foundation. It is to build our house upon it he said.

More specifics on Newsom's plans - including a "Marshall plan" for affordable housing, a reduction in drug prices and criminal justice reforms - will be outlined in the coming days.

When he introduces his first budget on Thursday the public will get a chance to see how he plans to pay for his plans while keeping his promise to maintain the state's healthy reserves.

Throughout his speech, Newsom sharply contrasted Trump's rhetoric on immigrants, saying California will not have "one house for the rich and one for the poor, or one for the native-born and one for the rest."
Report a correction or typo
Related topics:
politicscaliforniagavin newsomgovernor
Copyright © 2020 by The Associated Press. All Rights Reserved.
GAVIN NEWSOM
Newsom: California gym reopening guidelines coming soon 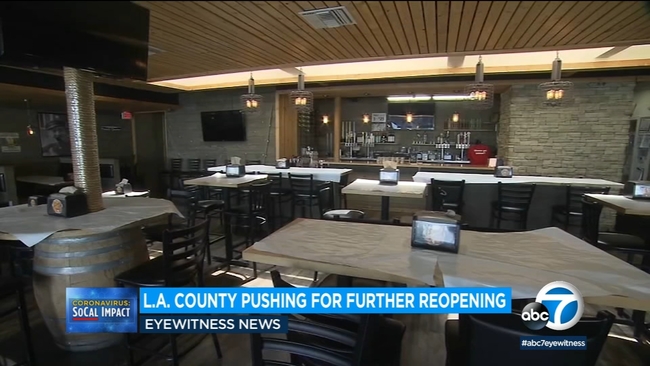 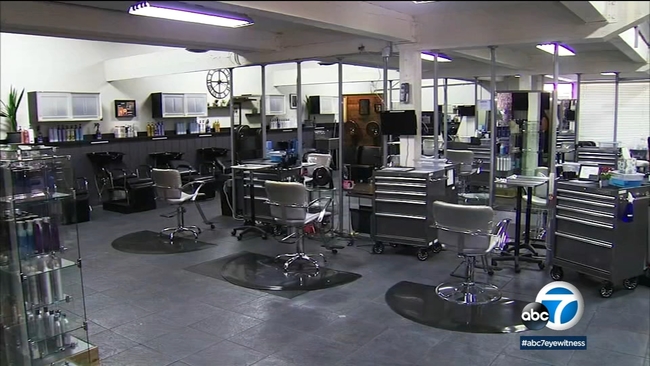