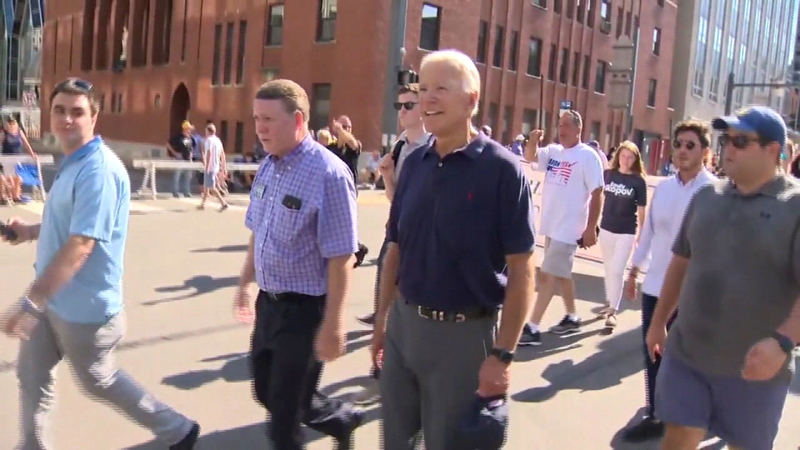 Joe Biden out on campaign trail in Southern California

FULLERTON, Calif. (KABC) -- Former Vice President Joe Biden is out on the campaign trail in Southern California on Thursday.

Biden will be at California State University, Fullerton at 4 p.m. to host a rally and help out six congressional hopefuls trying to win seats that are held by Republicans.

On Wednesday night, the 75-year-old attended a $5,000 a plate campaign fundraiser -- hosted by Hollywood producer Jeffrey Katzenberg -- that raked in $100,000, according to Variety.

Some Democrats say they would like to see Biden campaigning for himself in a run for the White House, but he's stumping out for others, with the midterms just 33 days away.

Biden has said that he'll make up his mind about a 2020 presidential run sometime early next year.