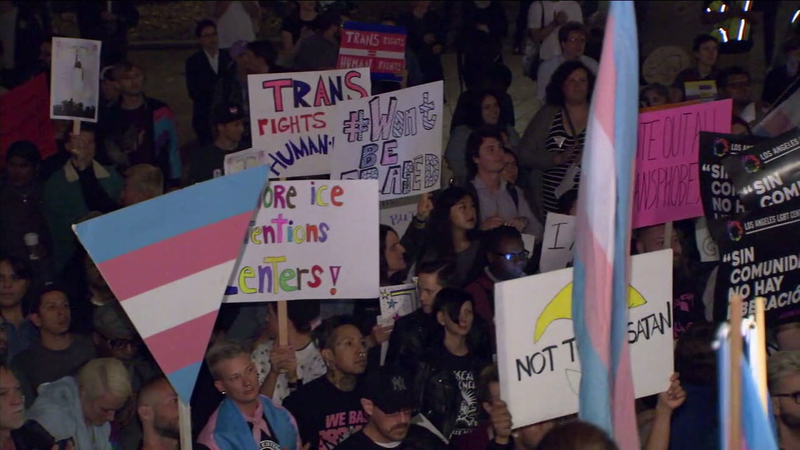 Protests erupted in L.A. and across the country because a new definition of gender would effectively deny federal recognition and civil rights protections to transgender Americans.

Those words did not sit well with the local LGBTQ community, especially after his famous speech given while campaigning for the presidency.

"As your president, I will do everything to protect our LGBTQ citizens," Trump said during a campaign rally.

The proposal defines sex as either male or female and any dispute would need to be clarified through genetic testing.

"We're here standing up for our rights as people, as trans people, to be visible, to authenticate ourselves, and share our love and our pride for who we are," Lady London said.

A Mid-City resident at the rally agreed and said the government is essentially erasing the trans community.

"These are real people. They deserve respect. These people are in danger. They have the highest incidences of HIV, sexually transmitted diseases, poverty. And yet, here we are as a government coming up with a policy that further marginalizes one of our most marginalized groups," James Vellequette said.

An estimated 1.4 million Americans identify as a different gender than their birth gender.