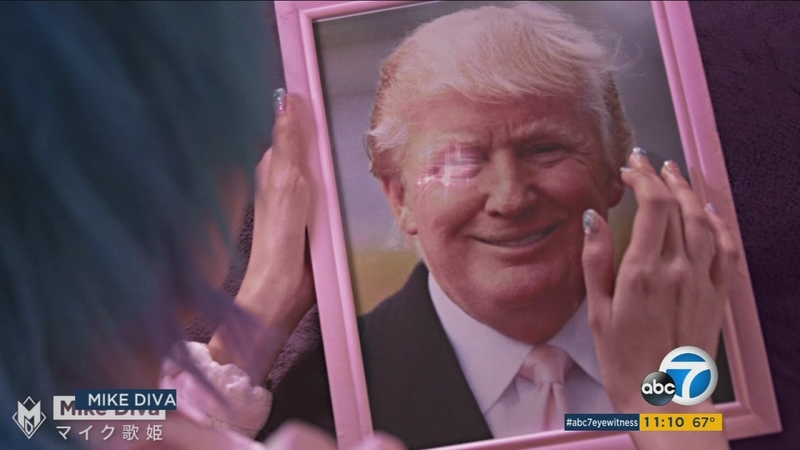 She then flies into a world where Trump is everywhere - on the trees, on the head of an alpaca, as a military leader and as a dancer.

"Ultimately, the reason why I did it is because of this guy, right here. Trump Husan. Look at this guy, he's adorable. I mean, how can you not want to make a video about this guy?" Diva said enthusiastically.

Diva added that as he edited it, friends and fans from around the world contributed technical help.

"The video was a lot of work. It took me about one month and a half so I kept it by my desk and would look at it for motivation," he said.

Not all Republicans share such love for Trump. Recent national polls show Hillary Clinton opening up a lead.

"He's going down in flames, and it looks like he's taking the Republican Party with him," said Steve Lonegan, a veteran GOP operative from New Jersey.

Lonegan is leading a group trying to stop Trump at the Republican National Convention.

House Speaker Paul Ryan, who endorsed Trump, said other house members are free not to.

"The last thing I would do is tell anybody to do something that is contrary to their conscience," Ryan said.

"If one person raises a little question, it's like, 'Oh, did you hear?' Let me tell you folks, we have tremendous support," Trump said.

Diva said he believes Trump will accomplish his goals.

"Papa Trump'u raises the wall, uniting the world, except for the Mexicans," he said.

As for what's next for the North Hollywood director, he said viewers can expect a video of Hillary Clinton at some point in July.