Obama in LA to raise funds for Democrats 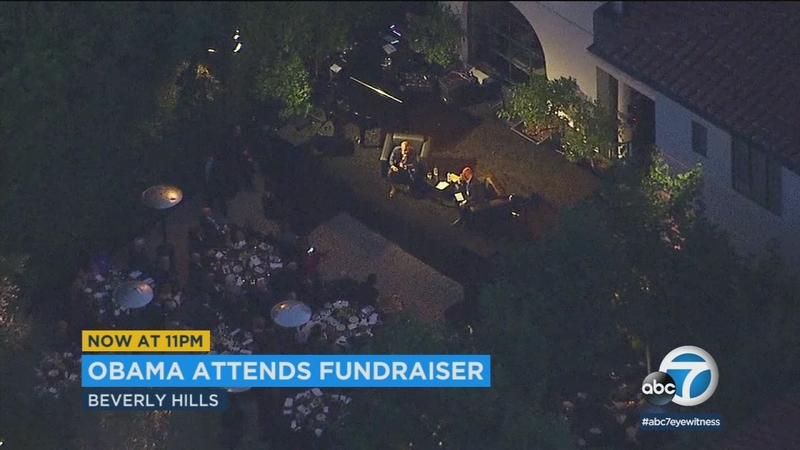 Obama in LA to raise funds for Democrats

BEVERLY HILLS, Calif. (KABC) -- President Barack Obama was in Beverly Hills Thursday night for a fundraiser to help Democrats in the midterm elections.

According to the invitation, the former president headlined a gala dinner billed as "An Evening With Barack Obama" for the Democratic National Committee.

The event also included a performance by singer Christina Aguilera.