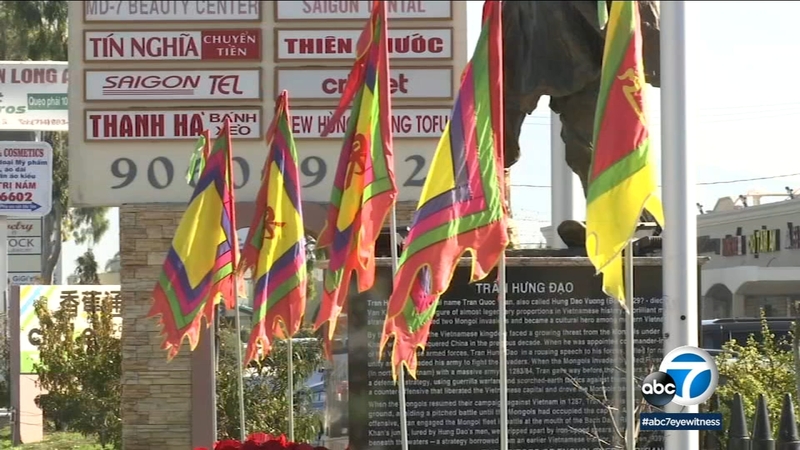 GARDEN GROVE, Calif. (KABC) -- Concern is growing in the country's largest Little Saigon, which is nestled in Orange County, over the possibility of deportation.

After reports the Trump administration is reinterpreting a 2008 agreement between Vietnam and the U.S., which protects immigrants who arrived before 1995 from removal orders, many in the community are wondering what will happen next.

For more than 20 years, Tung Nguyen has called Orange County home. Nguyen and his family came to Little Saigon in the early 90s as refugees of the Vietnam War.

"There was a lot of problems and struggles my family had to go through living in Vietnam at the time," he said.

At 16, Nguyen was involved in a fatal stabbing. He said he was not the one to stab the victim, but he called his involvement a mistake that he regrets. He was sentenced to 25 years in prison.

After serving 18 years, he was pardoned by the governor, but immediately faced a deportation order - and it's one he is still fighting.

"They're being targeted, for crimes that was decades old," Nguyen said. "These are not criminals, these are community members."

Nguyen is talking about himself and others like him who fear removal orders from the administration.

A spokeswoman from the Department of Homeland Security issued a statement regarding the reports.

"We have 7,000 convicted criminal aliens from Vietnam with final orders of removal - these are non-citizens, who during previous administrations were arrested, convicted, and ultimately ordered removed by a federal immigration judge. It's a priority of this administration to remove criminal aliens to their home country," it said.

Tania Pham is Nguyen's attorney, who is now receiving lots of calls from refugees living in the Orange County area.

"They're all U.S. citizens, and they have re-established their lives since they committed those offenses and now they're very anxious and worried," Pham said.

Pham, other attorneys and activists said they are receiving support from all over the country to defend these immigrants.

Nguyen is imploring the president to leave the agreement alone.