Political chatter drowns out music on Hollywood Walk of Fame 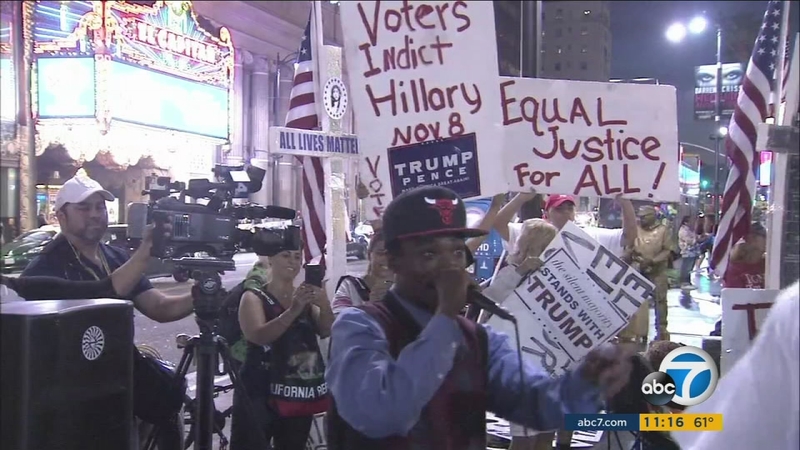 Political chatter drowns out music on Hollywood Walk of Fame

HOLLYWOOD, LOS ANGELES (KABC) -- Political chatter was drowning out the music at the Hollywood Walk of Fame as people were facing off in a verbal fight for their presidential candidate.

It was a battle of the mics on Hollywood Boulevard Monday night.

The showdown came as Donald Trump supporters gathered at the presidential candidate's Hollywood star in a show of support.

"We get a lot of static here," said Trump supporter Mary Monahan. "I've had a Coke thrown on me, but it's important. I want to do something."

Rapper Vvibe Moore, who performs along the boulevard, was taking aim with his talents, calling out Hillary Clinton's political rival.

It's street side entertainment, a true show for tourists and a real-life metaphor for the contentious election - one that has foreigners watching in wonder.