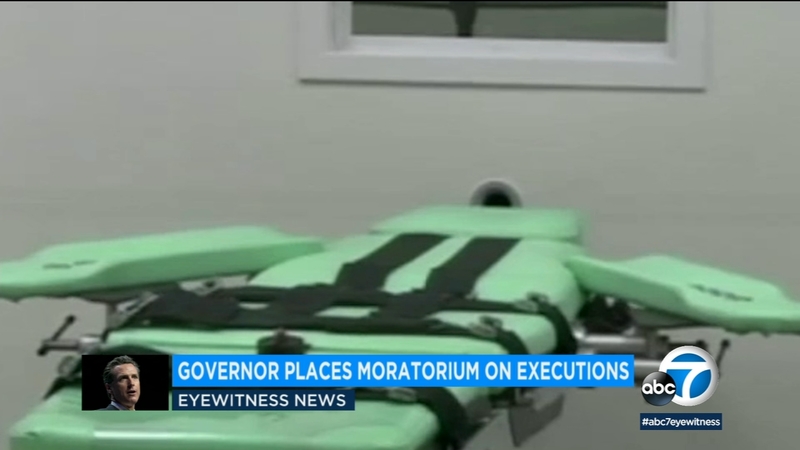 LOS ANGELES (KABC) -- After Gov. Gavin Newsom ordered the end to all executions in California, a new exclusive Eyewitness News poll finds the majority of state residents continue to support the death penalty.

The Survey USA poll found 60 percent of respondents in California support the death penalty, with 26 opposed and the rest uncertain.

Newsom announced Wednesday he is halting the execution of the more than 700 inmates who are now on California's death row.

He said he is issuing an executive order to grant a reprieve to every condemned inmate. He's also shuttering the execution chamber at San Quentin State Prison. California has not executed any inmate since 2006.

Half of the respondents said they opposed Newsom's order, with 34 percent in support. And half said they disagree with Newsom's statement that the death penalty is not in keeping with our core values.

And 57 percent believe the legal process that leads to the death penalty is fair.