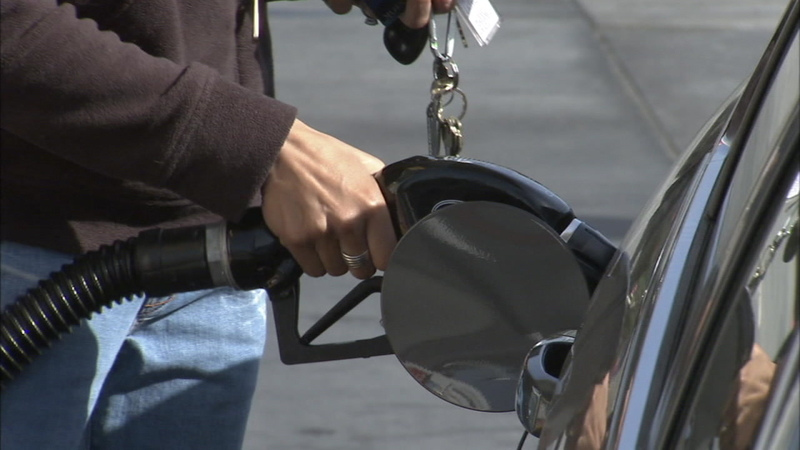 WEST CARSON, Calif. (KABC) -- Out of all the propositions on the ballot, Proposition 6, the gas tax repeal, maybe the most consequential.

Those in favor want to lower the price of gas and have complained that funds have been mismanaged. Those opposed say the gas tax is the best option to repair the state's roads and create jobs.

"If we don't maintain them, they turn into the potholes," said Doug Ford, president of Pavement Coatings Company. "They become what we call 'alligator cracking,' and the subgrade fails, and the cost of fixing them at that point is so much more enormous than the preservation."

ABC7 visited a neighborhood in West Carson where the money from the gas-tax increase, which was approved a year and a half ago, is being used for a pavement preservation project. The company who received the contract has seen a 25 percent increase in their workforce, which includes Jack Marquez.

"Nobody wants to start a job and think they're only going to last three months," said Marquez. "So I'm definitely looking into the future with this company. They've been greatly supportive. I'm a veteran also, so it's been difficult for me to get a steady job and have the security that everybody needs."

Los Angeles County Supervisor Mark Ridley-Thomas said: "If things don't turn out as we hope they will on Nov. 6, with this ballot measure, then we won't be able to do this. It's trying to turn the clock back on these kinds of improvements. We need more of these, not less, and that's what those resources do."

The Republican candidate for governor of California, John Cox, has attached his campaign to repealing the gas tax. It's become a central issue in the race.

"You add a couple hundred dollars in a registration fee," said Cox. "You add the additional gas tax -- you're giving people the choice about whether they feed their families or fill up their tank."

Cox's opponent, Lt. Gov. Gavin Newsom, opposes the repeal. Polls show a tight race, but it's an issue that's even divided Democrats. Katie Porter, who is running to unseat GOP Congresswoman Mimi Walters in Orange County's 45th district, is in favor of the repeal. Porter says families are already paying too much in taxes.