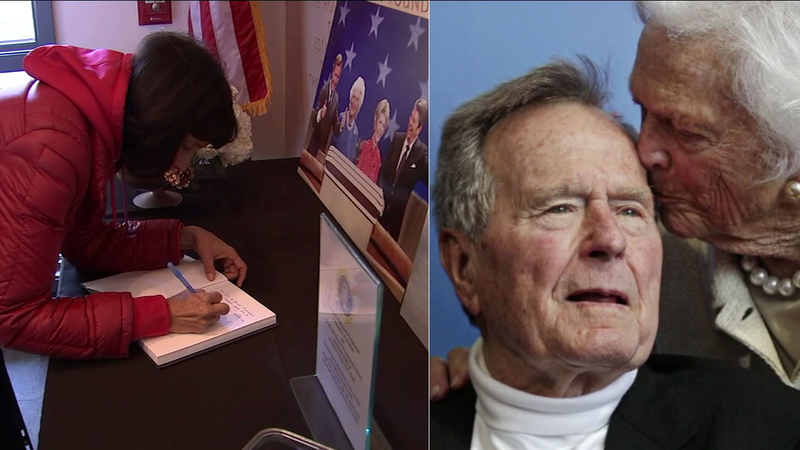 Bush served as vice president under Reagan for eight years before becoming the 41st president. The library established a condolence book for people to sign that will be delivered to the Bush family.

Veteran Andy Hall was one of the first people to arrive at the library to pay his respects.

Bush had a big impact on Hall's life. He served in the Army while Bush was commander-in-chief.

But before that he had a chance to meet Bush in person.

"I had a chance to meet him when I was a kid at Dodger Stadium. He was watching a game, and he turned around, shook my hand, and talked to me for a couple of minutes. That was 40 years ago, and I still remember it."

Bush moved dozens of times during his life and briefly lived in Southern California while building his career, in a now-demolished apartment complex in Compton.