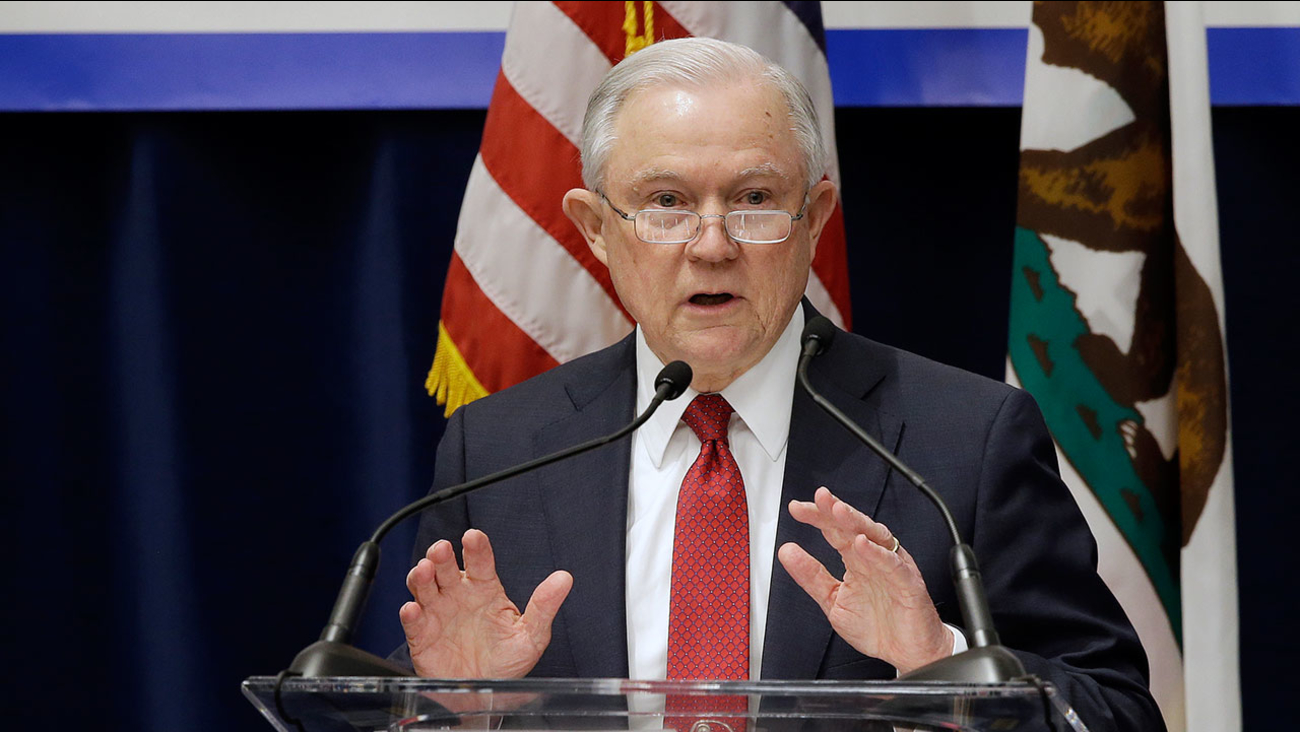 SACRAMENTO, Calif. -- The U.S. Department of Justice is suing California over a law that aims to give the state power to override the sale of federal lands, the latest battle between President Donald Trump and the nation's most populous state.

California lawmakers in September gave the state the first right to purchase federal lands or to arrange for a specific buyer - part of an aggressive effort in the heavily Democratic state to thwart the president's agenda in his first year.

They cited concerns that the Trump administration would allow more logging, oil drilling or development on some of the 46 million acres owned by the federal government in California.

The lawsuit comes less than a month after Attorney General Jeff Sessions visited Sacramento to announce he was suing California over laws that restrict cooperation with federal immigration authorities.

The state has sparred with the federal government over a wide range of immigration and environmental policies, most recently over vehicle emissions standards and offshore drilling.

The Justice Department's newest lawsuit, filed in federal court in Sacramento, argues that the state has no power to interfere with federal land sales, citing the Constitution and the 1850 act of Congress that admitted California to the union.

"Once again, the California Legislature has enacted an extreme state law attempting to frustrate federal policy," Sessions said in a statement.

The U.S. government says California's law, which took effect Jan. 1, is delaying land sales - even for projects that have been in the works for years - and is depressing their value.

The auction of 1.7 acres owned by the U.S. Postal Service was suspended when nobody bid, and a developer looking to purchase property at the now-closed Naval Air Station Alameda has requested a delay, the lawsuit contends.

The lawsuit also cites the sale of Army property east of San Francisco, which the state declined to purchase. The State Lands Commission has requested information about a planned property sale in Santa Barbara County to decide whether to buy first, according to the lawsuit.

"Yet again, Donald Trump and his administration are attacking our state and our very way of life," Lt. Gov. Gavin Newsom, a member of the State Lands Commission and a Democrat running for governor, said in a statement.

California Democrats welcomed the latest fight and vowed to defend the law.

"Our public lands should not be on the auction block to the highest bidder," California Attorney General Xavier Becerra, a Democrat, said in a statement. "We're prepared, as always, to do what it takes to protect our people, our resources and our values."
Report a correction or typo
Related topics:
politicsjeff sessionslawsuitpresident donald trump
Copyright © 2020 by The Associated Press. All Rights Reserved.
More Videos
From CNN Newsource affiliates
TOP STORIES

WATCH LIVE: Newsom to give update on CA COVID-19 response

Man charged with assault after exhaling on women