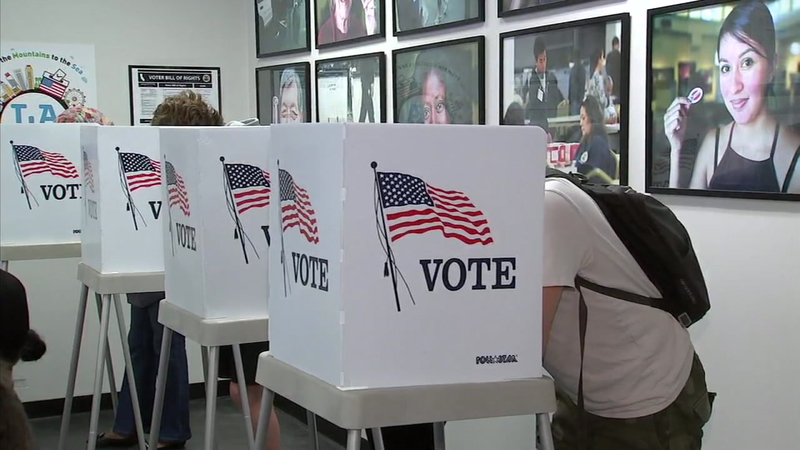 Some voters had to wait in line two or three hours over the weekend at the 10 LA County locations set up for early voting. Similar long lines were seen again Monday in Norwalk, at the county Registrar-Recorder's office, which was the only early-voting site open.

"It's the most important thing that we can do if we want to actually make a difference in the country," said voter Dylan Cashbaugh.

About 14,000 people voted early over the weekend in LA County, according to local election officials. The county has also received about 700,000 of the 2.2 million mail-in ballots that were issued. That return rate is about 10-12 percent higher than the last midterm election four years ago.

"But it's also a signal that voters are looking for options on when and where to cast their ballot," Logan said.

Those who haven't registered to vote can do so at the last minute and still cast a ballot if they come in person to the registrar's office in Norwalk on Tuesday.