Woman arrested, charged with acting as Russian agent in US 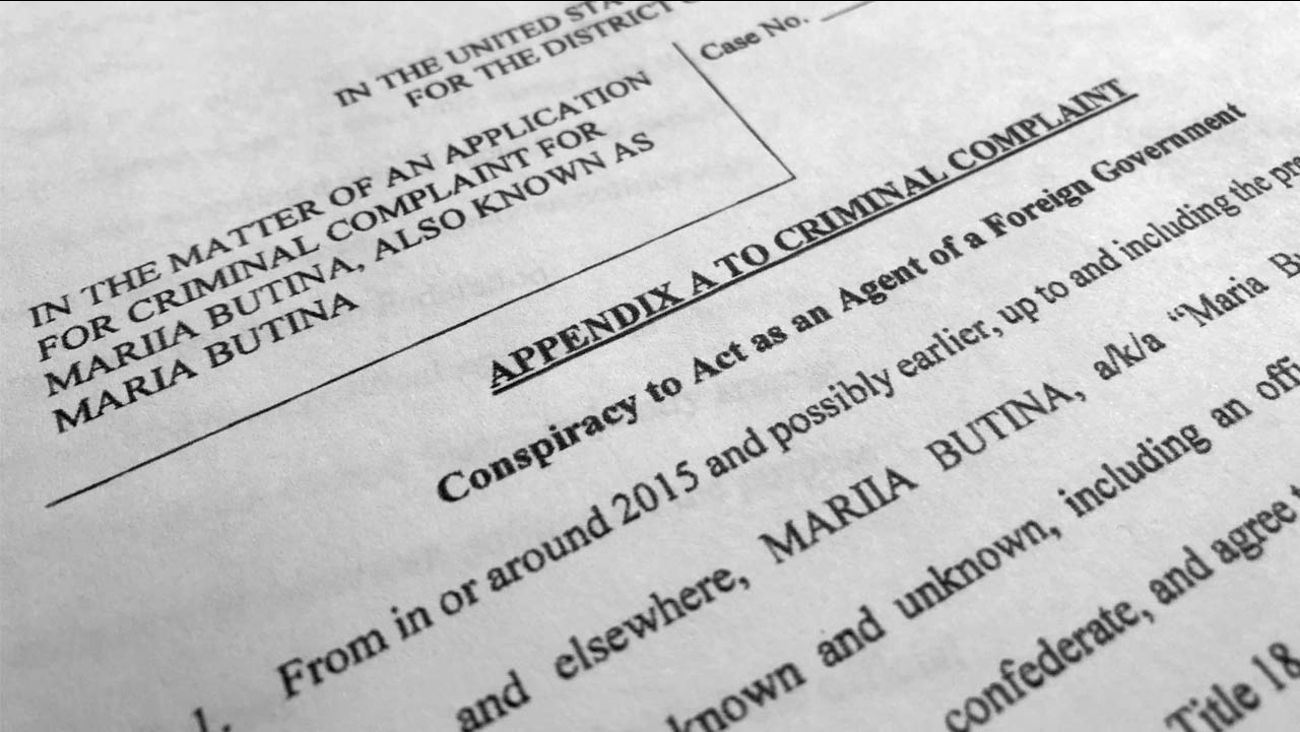 WASHINGTON -- Federal prosecutors in Washington revealed Monday that they have arrested a 29-year-old woman and accused her of acting as a covert agent inside the U.S. on behalf of a senior Kremlin official.

MORE: Maria Butina, Russian gun rights activist who has cultivated ties to the National Rifle Association, was arrested and charged with conspiracy. https://t.co/TfmL1sPh5q

Butina, a Russian national who has been living the U.S., was charged with conspiracy to act as an unregistered agent of the Russian government and accused of working to infiltrate American political organizations, including the National Rifle Association. The charge was brought the U.S. Attorney for the District of Columbia and do not appear to stem from Mueller's investigation.

According to court papers, Butina met with U.S. politicians and candidates, attended events sponsored by special interest groups - including two National Prayer Breakfast events - and organized Russian-American "friendship and dialogue" dinners in Washington with the goal of "reporting back to Moscow" what she had learned.

Court papers do not name the Kremlin official. The person is described as a member of the Russian legislature who later became a top official in the country's central bank. Prosecutors also note that the official has since been sanctioned by the U.S.

Butina is a Russian gun rights advocate who founded a pro-gun organization in that country, the Right to Bear Arms, in 2011 and who has been involved in coordinating in recent years between American gun rights activists and their Russian counterparts, U.S. media accounts have reported.