Pomona police officer hospitalized after being shot in leg; 1 in custody 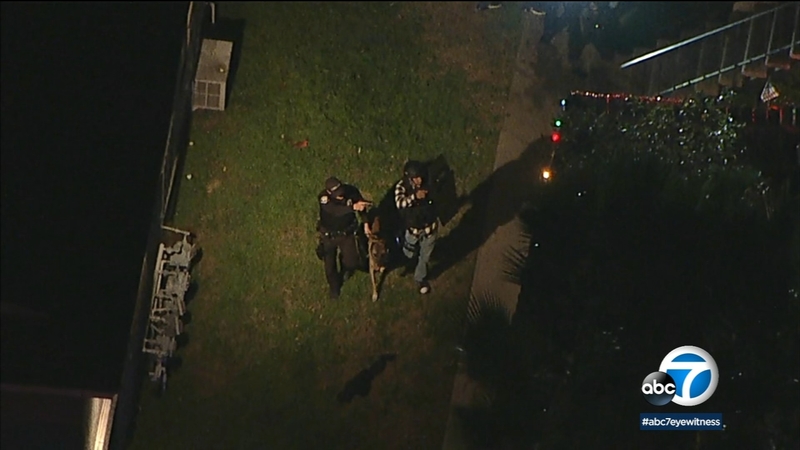 POMONA, Calif. (KABC) -- A Pomona police officer was shot in the leg and a suspect, who was also shot, was taken into custody Thursday evening, authorities said.

The shooting happened around 7:22 p.m. near Angela and Chanslor streets, according to the Los Angeles County Fire Department.

According to the Los Angeles County Sheriff's Department, the Pomona officer was driving through an alley when he came across three people. When he tried to make contact with them, police say one of the men immediately opened fire, striking the officer in the right leg.

That's when the officer fired back, striking the suspect twice in the upper torso. Police say a semi-automatic handgun was recovered.

All three suspects fled the scene on foot, but the suspect who fired at the officer was detained in the area a short time later.

The wounded officer was transported to Pomona Valley Hospital Medical Center and was later released. The suspect was taken to the same hospital and treated for his injuries.

Anyone with information about the incident is asked to call the Sheriff's Homicide Bureau at 323-890-5500.

Thursday's incident follows a string of shootings targeting police officers across the country. Twenty-four officers were shot, four fatally, in January. Since then, at least 2 more officers were shot and killed in Virginia and another officer was shot just days ago in New York.