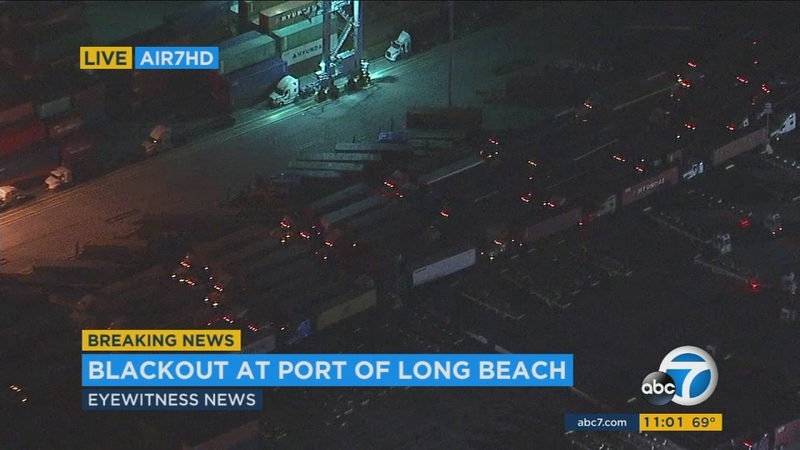 LONG BEACH, Calif. (KABC) -- Power was knocked out at part of the Port of Long Beach Thursday evening, stranding hundreds of trucks for hours.

The power outage was reported around 5:30 p.m.

Southern California Edison initially reported it was caused by metallic balloons coming in contact with wires. The utility later corrected that statement, saying there was a different outage in Long Beach that was caused by balloons. The agency is still investigating the cause of the outage at the port.

Edison said 429 customers were affected by the outage.

One truck driver said he and his wife, also a truck driver, had been stuck at the port since the afternoon, with little information coming to them from port officials.