'E.T. Park' may soon be a reality after Porter Ranch endorses a move to rename one of their parks 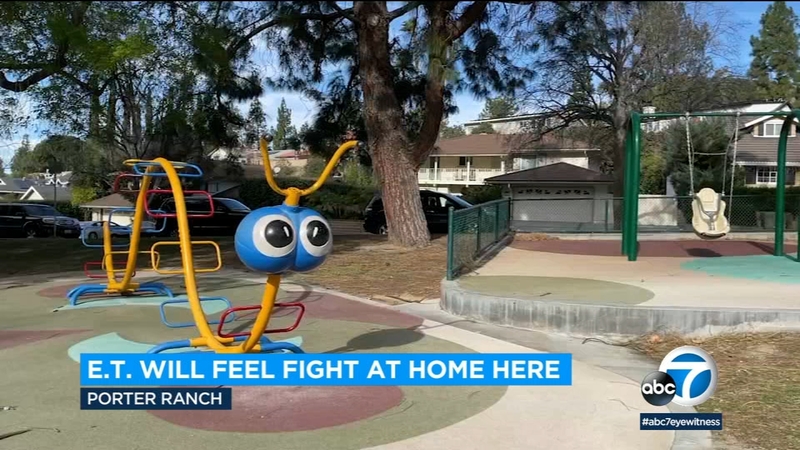 'E.T. Park' may soon be a reality if Porter Ranch gets their way

PORTER RANCH, Calif. (KABC) -- E.T. the extraterrestrial may soon be able to phone home from a park in Porter Ranch he's pretty familiar with.

A neighborhood council has endorsed a move to rename "Porter Ridge Park" as "E.T. Park" where the 1982 blockbuster was filmed.

In the movie, Elliott, and his brother Michael, take E.T. to the park to help him escape the police and eventually return home.

While residents have been calling it "E.T. Park" for years, some parkgoers don't realize Porter Ridge Park has a place in Hollywood history

"I think that's pretty cool. It definitely shows that there's a lot of significance in it. I had no idea that there was a movie shot here," said Stephanie Martinez.

The Los Angeles Board of Recreation and Parks Commissioners are expected to look into the name change proposal.