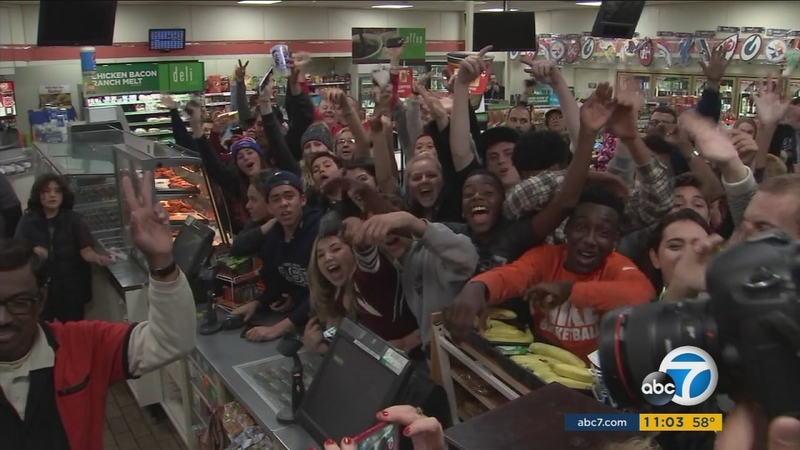 Lottery officials told ABC7 the record-breaking ticket was sold at the 7-Eleven located at 4092 Chino Hills Pkwy. The store will get a $1 million bonus for selling the ticket.

People swarmed the store late Wednesday evening following the announcement that a winning jackpot ticket was sold there.

Insanity in the winning Chino Hills @7eleven. Everyone posing for pics w/clerk who sold the ticket. Story at 11pm pic.twitter.com/aij43EoRH9

Officials with the California Lottery confirmed to ABC News two other winners of the Powerball jackpot were reported in Florida and Tennessee.

California also had 12 tickets match five of the six numbers in Wednesday's drawing.

Lottery prizes are exempt from California state and local personal income taxes due to the California State Lottery Act of 1984.

MORE: Winning Powerball in California has its benefits

However, the Internal Revenue Service requires the California Lottery to withhold federal taxes from prizes.

Powerball is a multistate game played in 44 states, plus the District of Columbia, Puerto Rico and the U.S. Virgin Islands. The odds of winning are one in 292.2 million.