Saundra Christmas has carried down her family's praline recipe from Louisiana another generation.
KABC
By Jaysha Patel 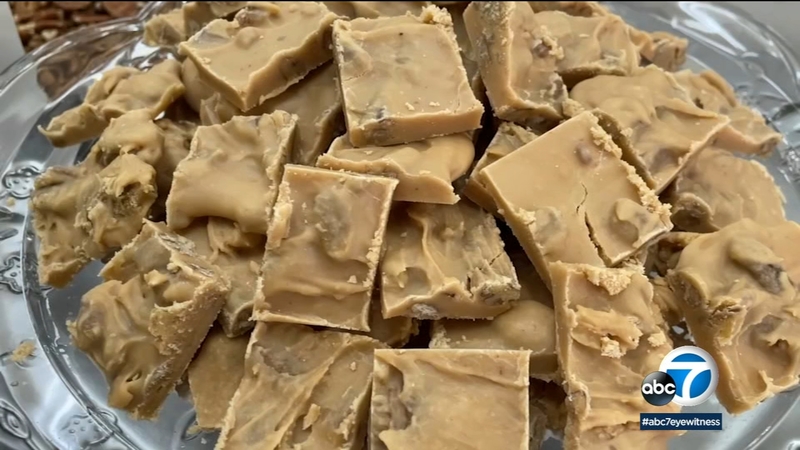 LONG BEACH, Calif. (KABC) -- When you step into Mabel's Gourmet Pralines, you're hit with the smell of sugary, buttery pralines, made from milk, sugar, butter, pecans and pure vanilla.

"I learned to make pralines from my mother Mabel, that's who the business is named after, and in 1990 after I moved to Long Beach, my daughters were in school and as a fundraiser I made the pralines," said Saundra Christmas, owner of Mabel's Gourmet Pralines.

Those pralines were a hit and in 2006 she opened up her store in downtown Long Beach.

Christmas is from Baton Rouge, Louisiana, and the praline recipe has been handed down in her family for generations. She also makes banana pudding at her shop.

Customers see a theme of popular street names in Louisiana painted on the walls of her shop.

"As a little girl in Louisiana in October, November, there would be a hard rain and in our backyard. There were pecan trees, and I would go out in my little wood wagon and pick the pecans. I would take them inside, we would shell them and my mom would start the process of making the pralines," Christmas said.

Christmas watched her mom make pralines growing up and decided to name the business after her.

"It takes anyone back to New Orleans. If you've been to New Orleans, hey you're home when you come here," said customer Marty Greene.