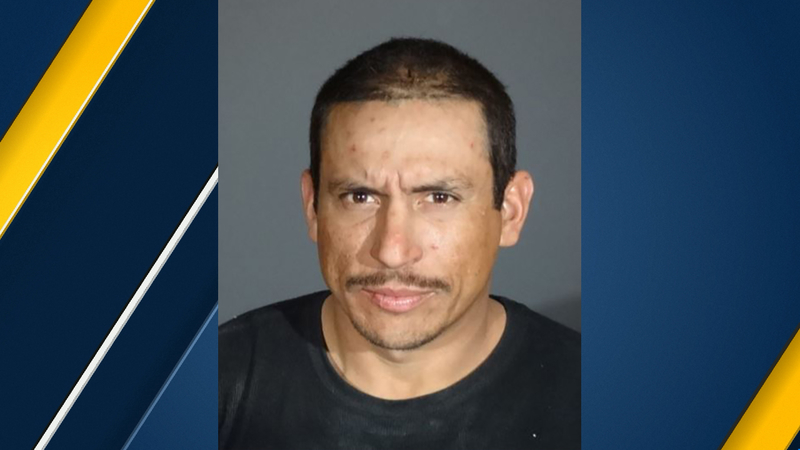 EL MONTE, Calif. (KABC) -- A man is being sought by authorities after his pregnant wife was shot and killed Wednesday evening at a home in El Monte.

City police officers responded shortly before 9 p.m. to a report of an assault with a deadly weapon in the 2700 block of Leafdale Avenue, where they found the 37-year-old victim suffering from at least one gunshot wound, according to the Los Angeles County Sheriff's Department.

She was transported to a hospital where both she and the fetus were pronounced dead. How far along the woman was in the pregnancy was unclear. Her name was not immediately disclosed.

EL MONTE MANHUNT: Deputies are looking for Octávio Curiel-Martinez, accused of shooting his pregnant wife — both she and unborn child were killed. UPDATES on @ABC7 6am. #abc7eyewitness pic.twitter.com/5S8oB6Jy68

"She was a nice person," said tearful neighbor Beto Ferrel, a boy who is friends with the victim's children. "She did nothing to deserve that."

Neighbors said the suspect and deceased woman had four children together, none of whom are known to have been at the home at the time of the killing.

Investigators believe the shooting stemmed from a domestic violence incident, the Sheriff's Department said. Authorities identified the victim's husband as the suspect and publicly released his photo.

Octavio Curiel-Martinez, 37, was armed with a handgun when last seen and should be considered dangerous, according to a "wanted" bulletin. He allegedly fled the scene in a 2018 Red Toyota Tacoma truck with California license No. 81718L2 and a chrome utility box.