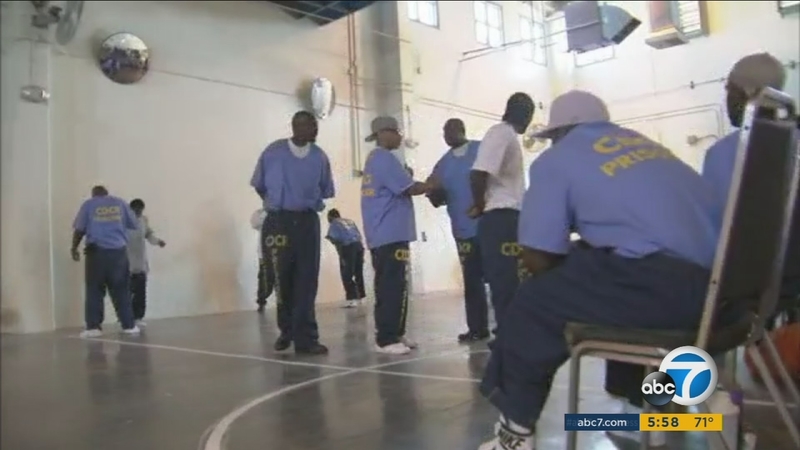 LANCASTER, Calif. (KABC) -- The California State Prison in Lancaster is teaming up with the non-profit Strindberg Laboratory to help prisoners express themselves through acting.

Prisoners put on a performance on Thursday titled, "Redemption in Our State of Blues."

The play was about the past lives of the inmates - the mistakes they made landing them in prison, the people they hurt along the way and how they find redemption in the end. They want the audience to get that message.

These inmates worked together for months to stage the play. Many of them came from rival gangs, yet they set aside their differences to find common ground to create a play telling their own stories.