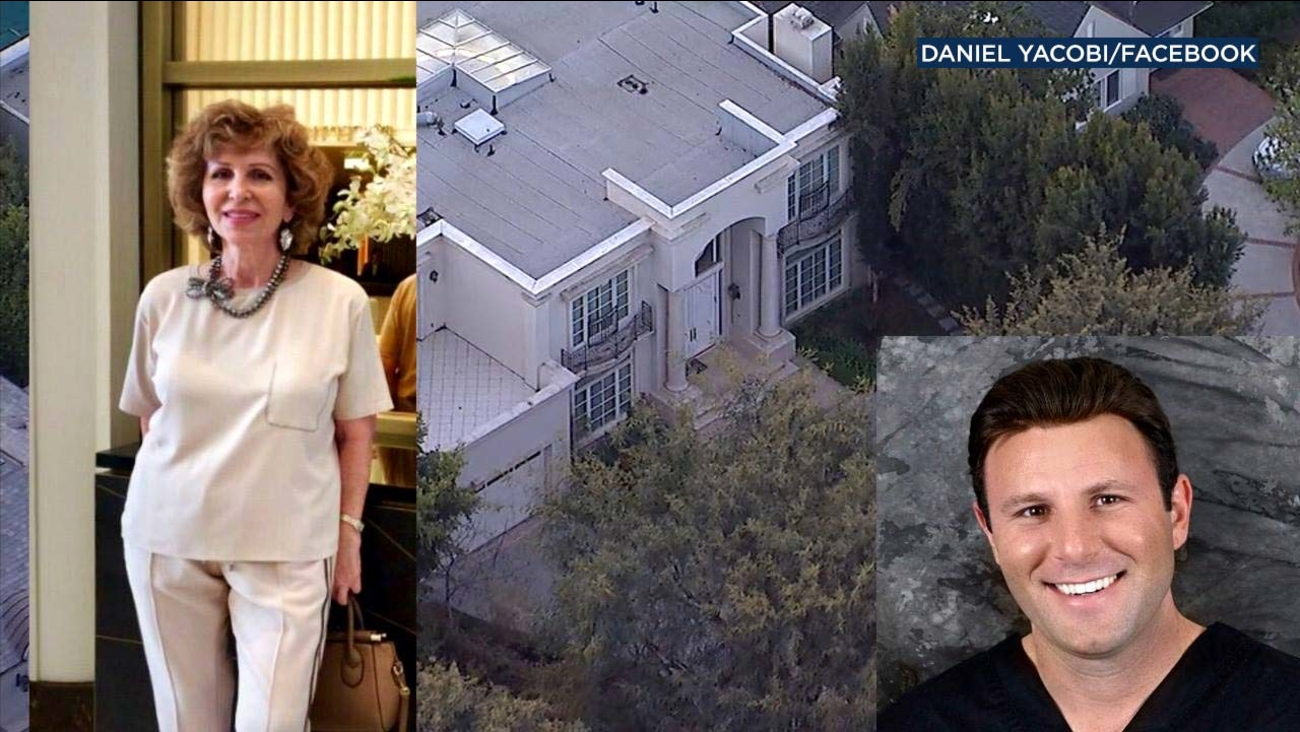 Violet Yacobi, her son Daniel and their family's mansion are seen in photos. (Daniel Yacobi/Facebook)

BEVERLY HILLS, Calif. (KABC) -- A grandmother was killed in her Beverly Hills mansion, and her own son, a prominent dentist to the stars - has been arrested on suspicion of murder.

On Oct. 10, 2017, Beverly Hills police responded to Violet Yacobi's home to a report of a medical emergency. Yacobi was not breathing, and she was pronounced dead at the scene. Detectives say she was strangled.

After Yacobi's death, her son, 36-year-old Daniel Yacobi, took to social media, calling her an amazing mother and saying not a day goes by that he doesn't think of her.

These words are chilling, as police believe he's the one who killed her and the motive was money.

"The crime was committed with the motivation of financial gain, and certainly that's very disturbing in this situation," said Lt. Elisabeth Albanese with Beverly Hills police.

Daniel Yacobi is a dentist with several offices in Southern California, including one in Sherman Oaks. On his website, he boasts he creates beautiful smiles.

As part of their investigation, detectives used a high-tech crime task force to search through computers and electronic devices. That's how they found clues that led them to Daniel Yacobi.

"A homicide investigation was initiated that same night, and as they began to work through their investigation and talk to witnesses and uncovered some evidence. That's what led them to believe that her son was the suspect in the homicide," Albanese said.