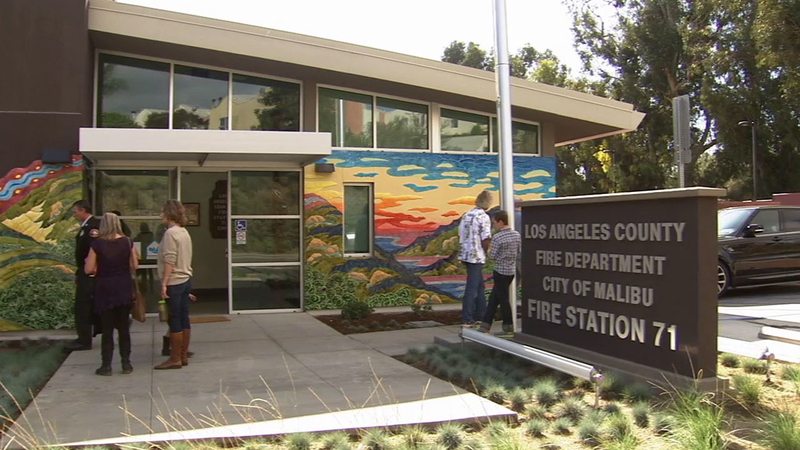 "This new facility is a state of the art. It has the proper facilities, sleeping and living quarters for the firefighters and also the proper storage for all their necessary gear," Osby said.

The new 5,800-square foot state of the art facility is more than twice the size of the old Malibu fire station built about 75 years ago.

Fire officials say while the new fire station better equips them to fight fires in the area, they are concerned about how Proposition 47 will affect their ability to have enough manpower in the event of a major fire.

Under Prop 47, shoplifting, forgery, fraud, petty theft, and possession of small amounts of drugs including cocaine and heroin are among the offenses that will be treated as misdemeanors rather than felonies.

The recently passed initiative could free prisoners from jail and deplete the pool of inmates who qualify for fire duty.

"There's a possibility that we might have to implement more pay camps to supplant and make up for the loss of inmates," Osby said.

Along with fire camps for inmates, there are pay camps for training and employing law abiding citizens to join the ranks of fire crews during huge fires.

Matt Doolin of Topanga says where inmates drop off, residents will pick up the slack to do just that.

"There will be people who will step up. I think that this community will figure that out. People always come together when it's needed, and I think that will work itself out," Doolin said.