Puerto Rican Mofongo: A taste of the island in New Jersey 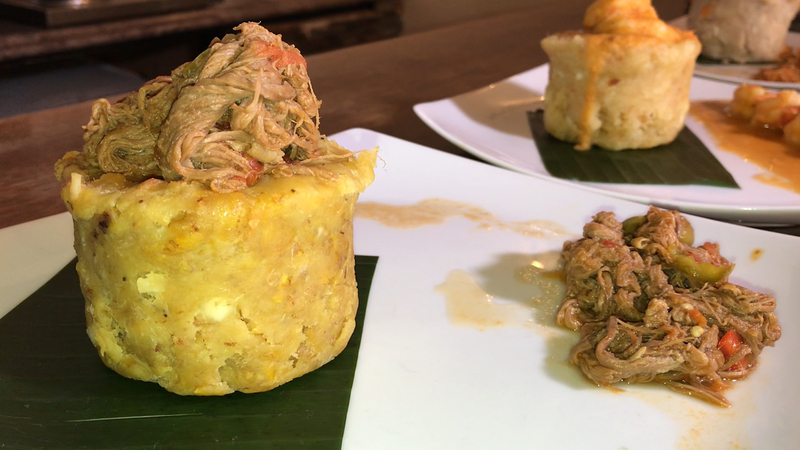 Puerto Rican Mofongo: A taste of the island in NJ

MONTCLAIR, New Jersey -- In addition to its rich culture and traditions, Puerto Rico is also known for its cuisine and its signature dish... El Mofongo.

"Mofongo in Puerto Rico is arguably the most important dish in the island," said Kenny Candelaria, owner of Cocina Candela.

The Mofongo, which dates back to the early 1500s, is a fusion of Puerto Rico's Spanish, African and Taíno background.

"The original Mofongo is made up of deep fried plantains, mashed with garlic, olive oil, salt and crackling pork rinds," said Candelaria.

Over the years, people have gotten creative with their versions of Mofongo, which led Candelaria to create his own version made up of Malanga and topped off with any type of protein which can include, beef, chicken or seafood.

"My cuisine not only represents who I am, but also my grandparents and Puerto Rico," said Candelaria.