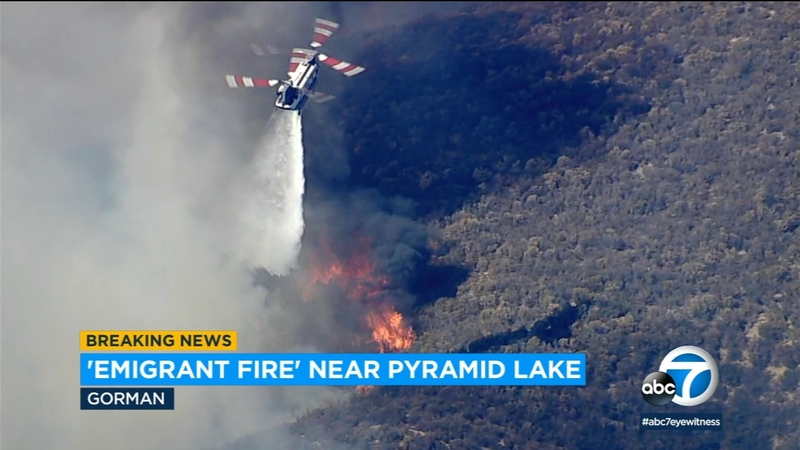 GORMAN, Calif. (KABC) -- A blaze likely started by a truck fire spread to at least 220 acres Friday afternoon near Pyramid Lake and the 5 Freeway.

The "Emigrant Fire" - named after the lake's Emigrant Landing - was first reported around 2 p.m. It was initially estimated at only an acre, but spread quickly in hot conditions and dry brush.

The burning wreckage of a big rig was spotted by AIR7 HD along the side of the 5 Freeway and Caltrans confirms it is believed the truck fire started the blaze.

Firefighting crews were attacking the flames aggressively with 10 aircraft, dropping water from the lake as well as Phos-Chek.

By 4:30 p.m., firefighters said they had reached 5% containment.