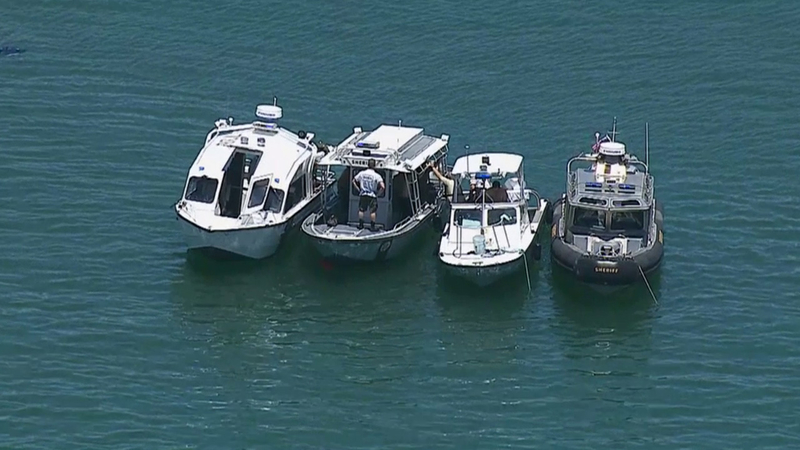 PYRAMID LAKE, Calif. (KABC) -- At least one man is dead after a boat overturned Sunday on Pyramid Lake, about 26 miles north of Santa Clarita.

Paramedics were dispatched to the area on the 43100 block of Pyramid Lake Road at about 11:20 a.m. Divers were on the scene searching for a possible second victim.

Los Angeles sheriff's deputies initially said two people were dead, but later said a second body had not been found.

Deputies say a man on a jet ski flagged down a deputy after seeing something suspicious in the south part of Pyramid Lake, near Chumash Island. Responding deputies found the bow of a boat sticking up out of the water. The boat did not appear to be damaged.

A male adult was found beneath the water about 20 to 30 yards away. He was pronounced dead at the scene. He appears to have drowned but his cause of death has yet to be confirmed.

Investigators believe the victim may have been accompanied by a second male. The underwater search was set to resume Monday at 8 a.m.

Pyramid Lake is a popular boating location and water storage facility off the I-5. It is about an hour away from downtown Los Angeles.

No foul play was suspected. Anyone with information about this incident was urged to contact the Los Angeles County Sheriff's Department's Homicide Bureau at (323) 890-5500.