$5 million dollars is going into repairing the Queen Mary in Long Beach.
KABC
By Jaysha Patel 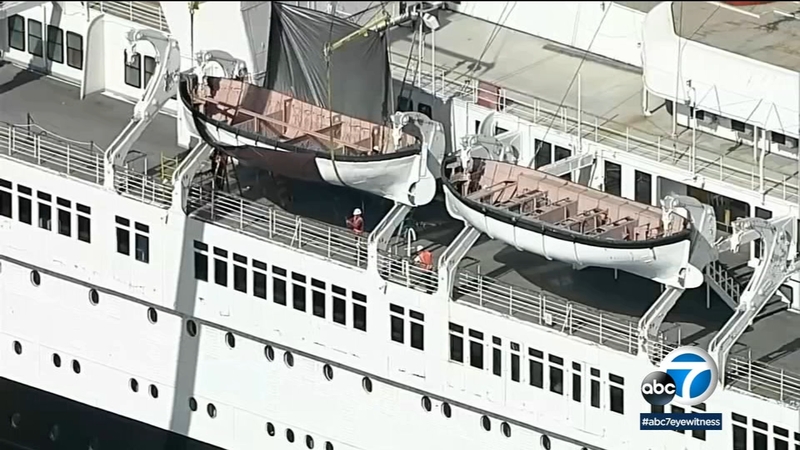 LONG BEACH, Calif. (KABC) -- The Queen Mary has been closed to the public during the pandemic but that may change this year.

The City of Long Beach regained control of the Queen Mary in 2021 for the first time in more than 40 years.

The ship has been in Long Beach since the 1960's, becoming a major part of the city's waterfront.

Now, the city is working to fix up the Queen Mary and officials say there's a lot of repairing to do.

"Some structural repairs, the bilge pump system, some early fire and water detection systems. So once these repairs are done, the ship will be ready for reopening, but then there will be longer term improvements that will be necessary at the ship as well," said Eric Lopez, director of public works in Long Beach.

One of the big tasks is removing the deteriorated lifeboats. They've been causing cracks in the ships support system because they're so heavy.

$5 million dollars is going into repairing the Queen Mary and officials say they hope it will be open again to the public by the end of 2022.

"I've heard a lot about people wanting to come back, so we are excited we are heading toward that point where we will be able to reopen the ship," said Lopez.

If you'd like to keep up with what's happening to the Queen Mary, you can go to longbeach.gov.