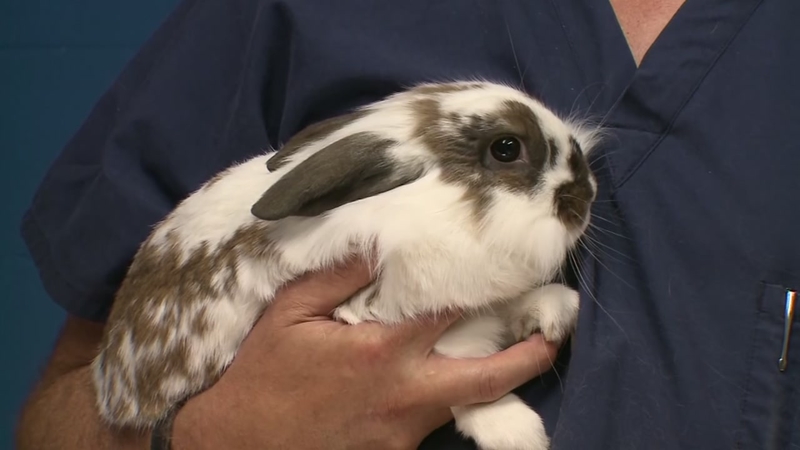 According to WMUR, kayakers found her in the river with a rope and 5-pound weight around her neck.

They said the rabbit, which is estimated to be 1-2 years old, was struggling to stay afloat.

"Animals will fight awful hard to stay alive, and she obviously tried hard," said veterinarian Dr. Matthew Cobb, whose practice, Candray Pet Care Center in Candia, is caring for the rabbit. "... She was pretty stressed and had clearly inhaled some of the river water. That was her biggest medical issue."

Cobb said the kayakers found her at the right time.

"The rabbit is extremely lucky that somebody noticed and took the effort to help her out because she wasn't going to make it otherwise," he said.

A juvenile was named in the case after the rabbit's owners came forward.

"It's sick," veterinarian Matthew Cobb said. "I mean, what can one say? There's a million better ways if you don't want to have an animal to get rid of it, and if there was some other motivation, I can't begin to understand it."