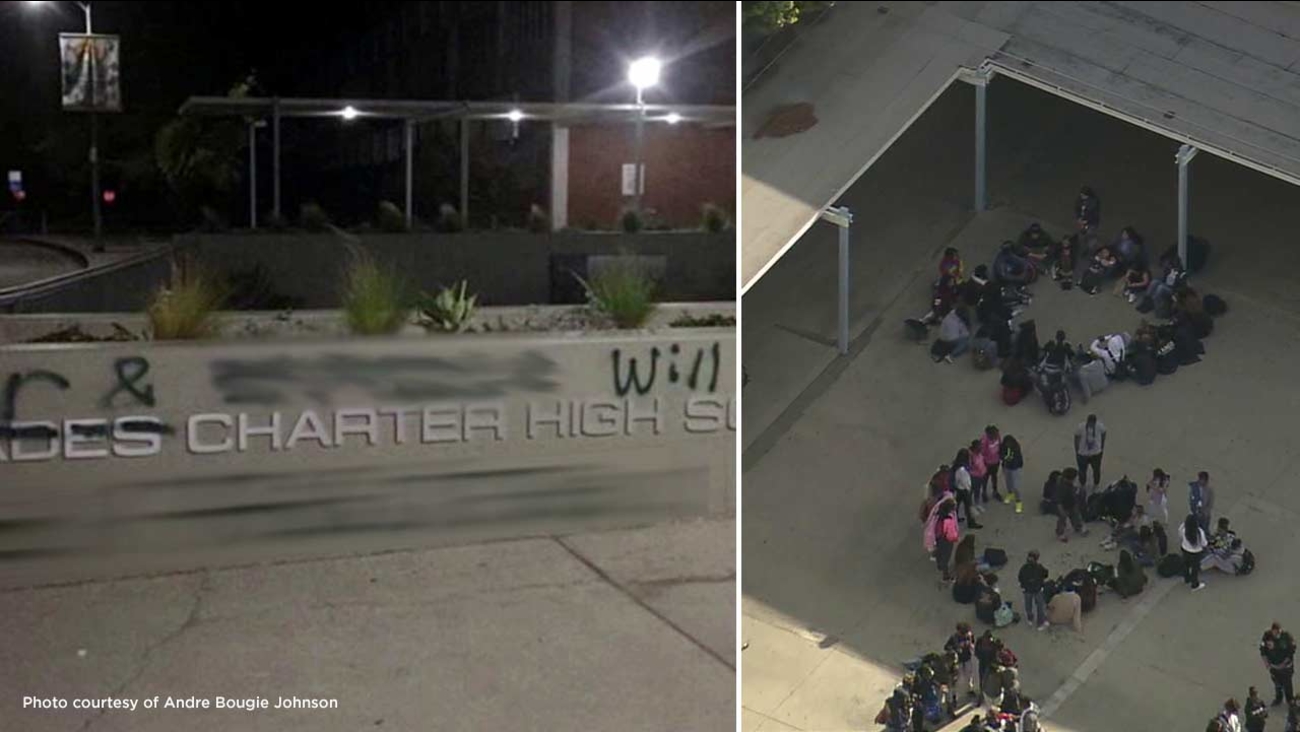 The graffiti, believed to have been painted early Sunday morning, defaced a school mural, a bus stop, the sidewalk and several trees. It made references to the Ku Klux Klan, Latinos, Jews, gays and African-Americans.

The discovery of the spray-painted slogans Monday upset the campus, with students staging a sit-in protest demanding school administrators discuss the issue.

The LAPD said detectives conducted extensive interviews which led them to two juveniles who are current students at the school.

One of the teens was cited for vandalism and the other for conspiracy to commit vandalism. Both were released to their parents.