Three Black women were subject to a racist rant from another woman at a Los Angeles beach in an encounter captured on video.
KABC 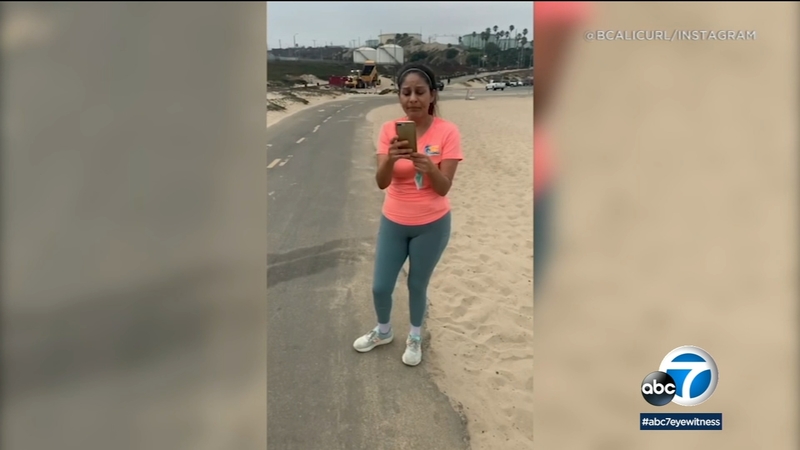 MANHATTAN BEACH, Calif. (KABC) -- Three Black women were subject to a racist rant from another woman at a Los Angeles beach in an encounter captured on video.

The three women -- Brittany, Jessyka and Raquel -- said they were on their Sunday morning run at Dockweiler State Beach when the woman in the video directed racial slurs at them.

The woman seen in the video said she was calling the police, claiming the women had accosted her.

"I'm calling the police. This woman just hit me," the woman in the video is heard saying.

"You guys are so violent. You Africans are so (expletive) violent," the woman later said. "You're an African, right? I'm trying to get a description."

Supporters of a Canoga Park street vendor who was harassed with anti-immigrant and racist remarks rallied at the home of the woman who allegedly delivered the tirade.

The group originally encountered the woman at the beginning of their run, then captured the video on their way back.

"I have to expose this, so I actually caught up to her and was like, 'Tell me again what you said.' And that's when I started recording and she just continued," Brittany said.

Raquel said the friends were caught off guard when they heard racial slurs hurled at them.

Later in the video, the woman is on the phone and says she was attacked from behind.

"My environment has been harmed by this African black person," the woman also said.

One of the women at the receiving end of the rant said she filed a report with LAPD. El Segundo police said the woman seen in the video did contact a police officer, but she was told to reach out to LAPD.