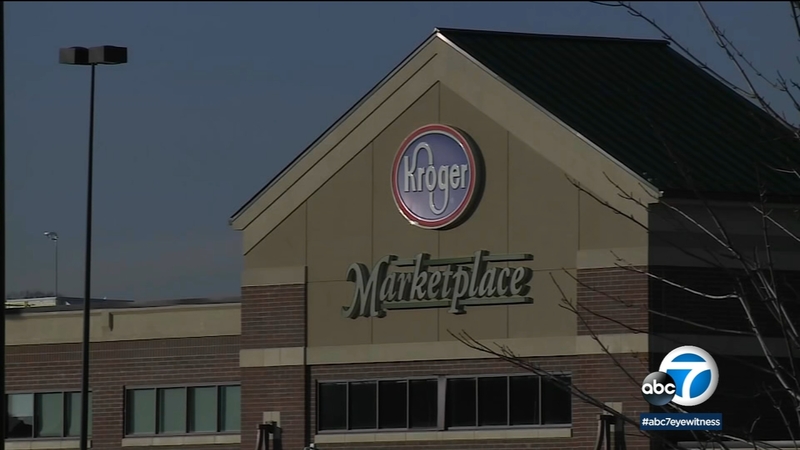 The demonstrators were upset about a decision by the store's parent company, Kroger, to close two markets -- a Ralphs and a Food 4 Less.

The planned closures were announced in response to a Long Beach ordinance requiring that workers employed by large grocers receive temporary "hero" pay, giving them an additional $4 an hour during the coronavirus pandemic.

"They've got to pay their own day-to-day expenses," said Long Beach resident Maritza Marroquin-Sanders. "Four dollars an hour means a lot to somebody that's on minimum wage or not far off from it."

Demonstrators say closing the locations will put workers out of jobs.

The city of West Hollywood is being sued over its so-called "hero pay" for grocery workers.

"What they're going to do is burden California with two million more dollars of unemployment," said protester Koko Dodson. "Where's that four dollars?"

"The locations that they're are choosing to close are what we consider urban locations, locations in North Long Beach, downtown Leach, where the community is Black and Brown, predominately," said demonstrator Anthony Bryson.

But Kroger blamed the planned closures on the city's ordinance.