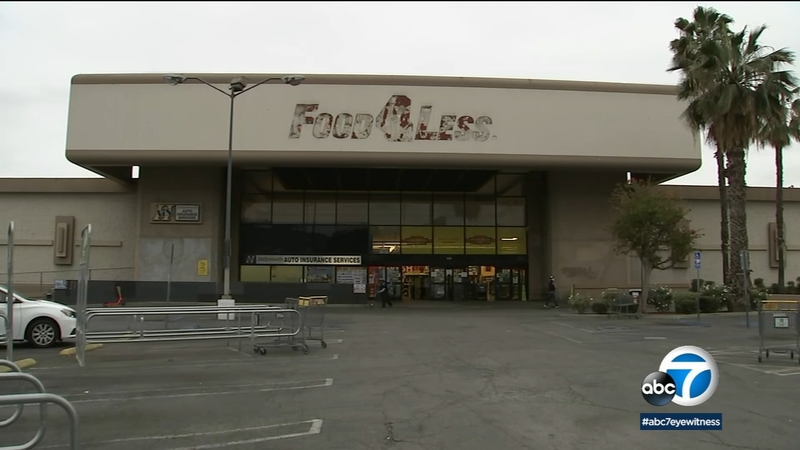 The store shelves were nearly empty at the Food 4 Less location at 5420 East Sunset Boulevard in East Hollywood, where the store's signature sign above the front entrance had already been removed.

The closures come after the city of Los Angeles voted to require grocery chains to pay workers an additional $5 per hour for approximately four months.

Kroger chose instead to shutter the three stores, saying the locations were already struggling. The company will continue to operate 65 other locations in L.A.

The Los Angeles City Council finalized an emergency ordinance to require large grocery and pharmacy retailers to offer employees an additional $5 per hour in hazard pay.

Customers at the East Hollywood location on Saturday morning express mixed feelings about the development.

"I mean, they're coming in here to work, especially dealing with people all the time, it's a risk for them and their families," said Alex Hernandez, referring to workplace risks amid the COVID-19 pandemic. "I think it's fair to get a little bit of extra pay."

Don Hill said he didn't like "the idea that the groceries have to pay an additional $5 an hour."

"I'm a union guy myself, always have been," Hill said. "But, no, if the city wants to run the grocery business then they should have publicly owned grocery stores."

Kroger has also closed two other locations in Long Beach after that city also approved a "hero pay" ordinance.