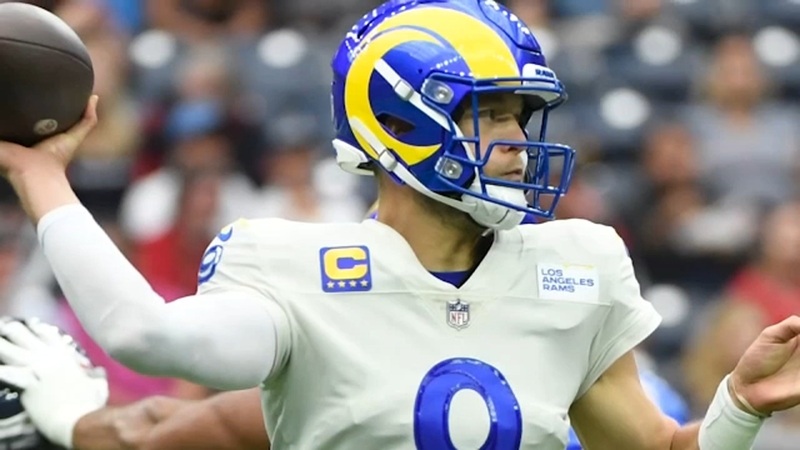 INGLEWOOD, Calif. (KABC) -- The Rams are gearing up to play the first-ever Monday night football playoff game and the team is feeling confident.

This year, the team looks different than it did last year. Quarterback Matthew Stafford is just one of the things that's different.

"For what he's been able to do and seamlessly acclimate himself to his teammates, to our building and then also have the production he's had, I think it's pretty special," head coach Sean McVay said.

One year ago, Jared Goff came off the bench, two weeks removed from thumb surgery, and led the Rams to a playoff win in Seattle.

That puts a lot of pressure on the team's new quarterback, as Stafford has never won a playoff game.

"I think it's pretty remarkable what he's done... He leads us to a division championship where three teams go to the playoffs. He's thrown 41 touchdown passes," McVay said.

The Rams split the season series with Arizona, with both teams winning on the other's home field. Since then the Rams have activated running back Cam Akers and brought Eric Weddle out of retirement.

As the head coach of his son's football team, Weddle says he found himself finding more reasons to return.

"I always talked about owning your decisions, playing with no regrets, living life with no regrets and I just kept coming back to I would regret it if I didn't come and take this chance to try to help out the guys that I love, the coach that I love and try to help this team out," he said.

On Monday night, Weddle will know if he's working another week after the team's showdown with the Cardinals at SoFi Stadium.