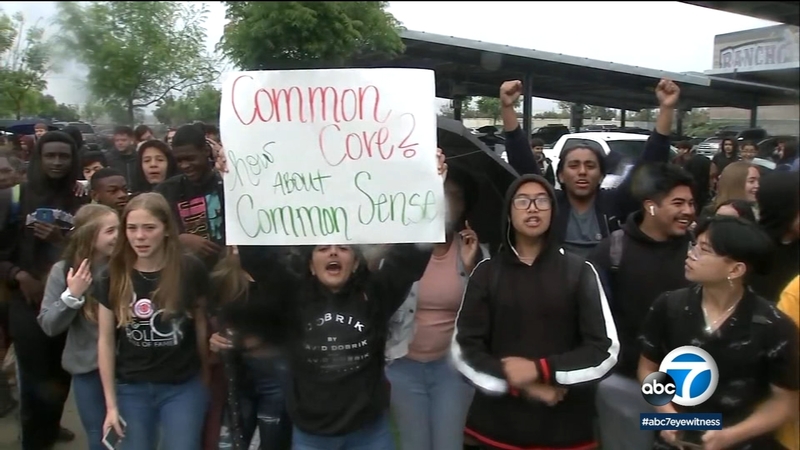 RANCHO CUCAMONGA, Calif. (KABC) -- Several parents and students held a rally outside a Rancho Cucamonga school on Friday after a teacher was suspended for having a gun on campus.

On Tuesday, Nguyen was placed on administrative leave for allegedly having a gun on campus. A tip led San Bernardino County sheriff's deputies to the classroom where the gun was found locked in a file cabinet.

Nguyen is a reserve sworn peace officer allowed under the law to carry his gun, but he is not authorized per the school district's policy to have it on campus. Supporters want that changed.

"Everybody here has the same mindset. All these teachers should be armed to protect our children," said parent James Marrs.

Supporter Ashley Biering said she and Nguyen are both survivors of the Route 91 mass shooting in Las Vegas. She took up a change.org petition, calling for Nguyen to be reinstated.

"The governor of Florida signed a bill to allow their teachers and any coaches -- anybody that has to deal with a school zone - as long as they pass the psychological test and the background and take the training, they can get their CCW and carry on campus," Biering explained.

One former student called on the district to allow Nguyen back in the classroom.

"He keeps his students engaged, he tells it like it is," said Eric Yang. "He's not afraid to treat you like an adult, even though a lot of adults don't treat you like that."