The actor loved guest-starring in and directing the Disney+ series... but didn't have the best of luck under the Hawaiian sun.
OTRC
By Andrea Lans 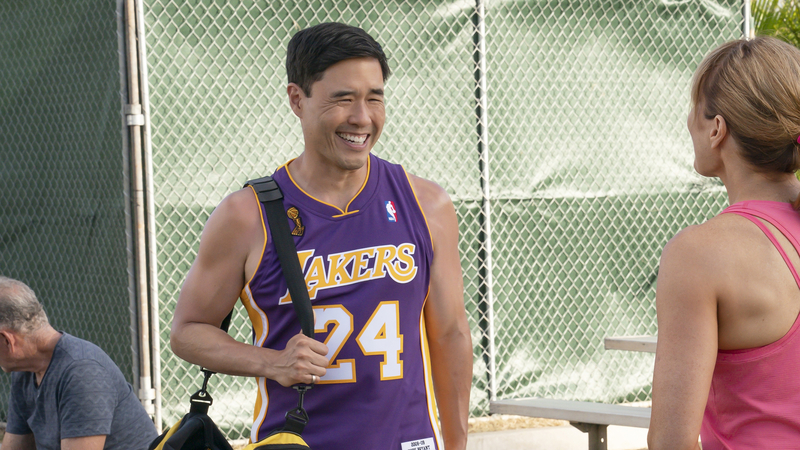 Randall Park is paging in as Dr. Choi, comically nicknamed "Dr. Name Dropper," in the Disney+ series "Doogie Kamealoha, M.D." The actor is guest-starring in two episodes as the chief of staff at the hospital where Lahela (Peyton Elizabeth Lee) works and stepped behind the camera to direct the show's fifth episode, "Dunk Cost."

"I love the entire show. I think the show is so special and just being a part of that is pretty cool," Park said. "And to play a character that's kind of silly, that's always fun for me."

Park reunited with some of his "Fresh Off the Boat" family while filming the show, including executive producers Kourtney Kang and Melvin Mar and actress Kathleen Rose Perkins, who guest-starred on the ABC sitcom.

The cast and creator of "Doogie Kamealoha, M.D." talk to On The Red Carpet about their new Disney+ show.

Like his nickname suggests, Dr. Choi can't get through a conversation without name-dropping his celebrity friends. One of those pals happens to be Lakers legend Magic Johnson, who appears on the fourth episode of the series.

"That's my era. When I was a kid, I watched Magic. I watched the Showtime Lakers," Park said.

But Park didn't have the best of luck filming his own basketball scenes in the fifth episode.

"I got burned, literally, by the sun!" Park laughed. "I think I was just having so much fun. By the end of the day, I was beet red."

Park sparked a fan frenzy earlier this year by reprising his role as FBI agent Jimmy Woo in Marvel Studios' "WandaVision" (his character previously appeared in "Ant-Man and the Wasp"). Now with Phase Four in full swing, will we be seeing Woo again?

"I think he will be coming back at some point, but I can't guarantee that," Park teased.

When asked if he would agree to doing his own Marvel spinoff, Park said it would be a "no-brainer."

"That would be a blast. I just love playing the character," Park added. "I love the fact that he is such a sweet person. I think the world needs more of that."