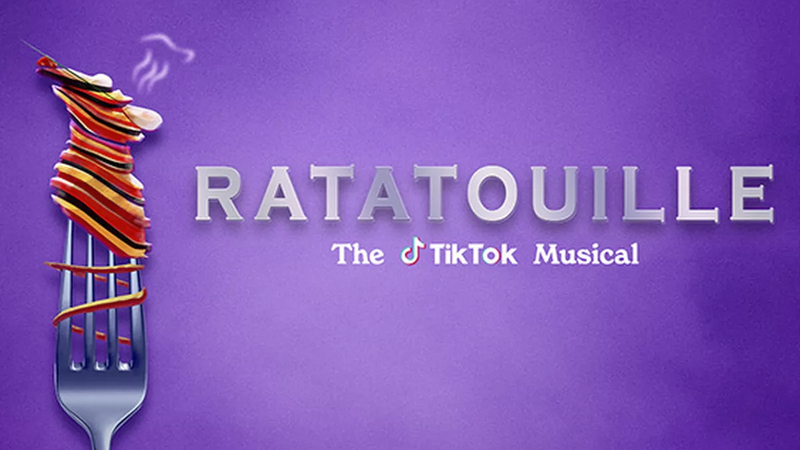 Ratatousical: How an idea on TikTok turned into a full blown 'Ratatouille' musical

The TikTok community's love for a little chef has left director Lucy Moss with what you could say is a tall order.

On Friday, Moss will debut "Ratatouille: The TikTok Musical," a first-of-its-kind collaboration that will test the creative possibilities of the beloved app and platform.

"It's very scary," Moss said, during a call from England where she was deep in the editing phase of the project. "It's a lot of eyes and a lot of people who are very invested and very excited but also have a very specific vision of what this kind of event is going to be."

Those people are the TikTok community, who saw this project go from a quaint viral effort started by a user's Broadway-esque ode to the 2007 Disney Pixar film to a full-blown event in a matter of weeks.

Moss explains that her great challenge is to take the vision created by those who helped turn the "Ratatouille" musical into a popular trend on TikTok and turn it into a story that still feels fresh and fun to an audience who is exhausted by nearly a years worth of virtual concerts and events.

"I feel the pressure is on to deliver something more than a Zoom reading, but also something that's cohesive and sleek and slick, which I'm not sure it's going to be," she says. "But I think it will be all part of the fun -- that it's very chaotic."

To pull this off, producers have enlisted professionals at all levels -- from a costume team and choreographer to actors.

The caliber of talent behind the show, Moss says, is hopefully a message of support to the creative minds in the TikTok community. (Those users who helped create materials for the finished product will be credited and compensated, according to the official website.)

This final product, from executive producers Jeremy O. Harris, Michael Breslin and Patrick Foley, will also do some tangible good, with proceeds from ticket sales going to The Actor's Fund.

Since March, the organization has provided over $18 million in assistance -- with help from 17 industry partners -- to more than 14,700 artists across the country who've been affected by the pandemic. (In a normal year, Joseph P. Benincasa, president and CEO of The Actors Fund says, they provide about $2 million to about 1,500 people.)

"The impact of this pandemic on the performing arts and entertainment community is unprecedented. Pre-Covid, it was already challenging for arts professionals to make ends meets due to the episodic nature of the work. But today, the livelihoods for so many people who work on Broadway, in film, television, dance and music have simply vanished," Benicasa told CNN.

Moss, too, hopes "Ratatouille: The TikTok Musical" cooks up a little hope.

"It's just so important to be supporting artists right now, I think, both in terms of the actual raising money (and in) bringing hope that new work still can be created and that there's a space for innovation," she says. "Maybe, you know, this kind of work wouldn't have happened if we weren't all stuck at home."

Tickets, which start at $5, can be purchased online. Those unable to tune in to the live performance at 7 p.m. ET on January 1 can stream it until Monday, January 4.