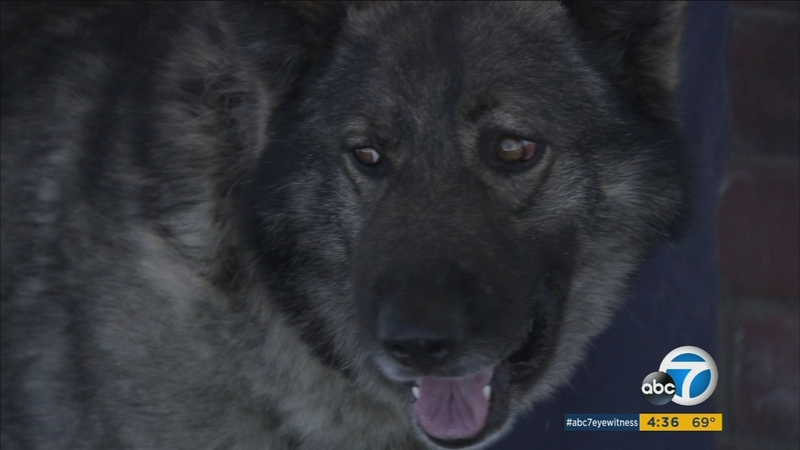 HESPERIA, Calif. (KABC) -- David Crowell and his dog Tumbleweed are inseparable. But their bond became even stronger after the 5-year-old husky mix protected his owner from a rattlesnake Sunday afternoon.

Crowell was out picking plums when he saw Tumbleweed running toward him and then jump back. That's when Crowell spotted a rattlesnake at his own feet.

It wasn't until an hour later when he noticed Tumbleweed swelling up that he realized his dog had been bitten on the nose by the snake - quite likely instead of Crowell himself.

He rushed his dog to the Animal Medical Center in Hesperia, where he was given anti-venom, antibiotics and an antihistamine. Today he's on the mend and ready to go home.

Officials with the animal center say they've already treated half a dozen dogs for snakebites this year.

They offer a few tips for protecting dogs. For starters, they can be given a rattlesnake vaccine every year.

Crowell says his dog is more than just his best friend now.