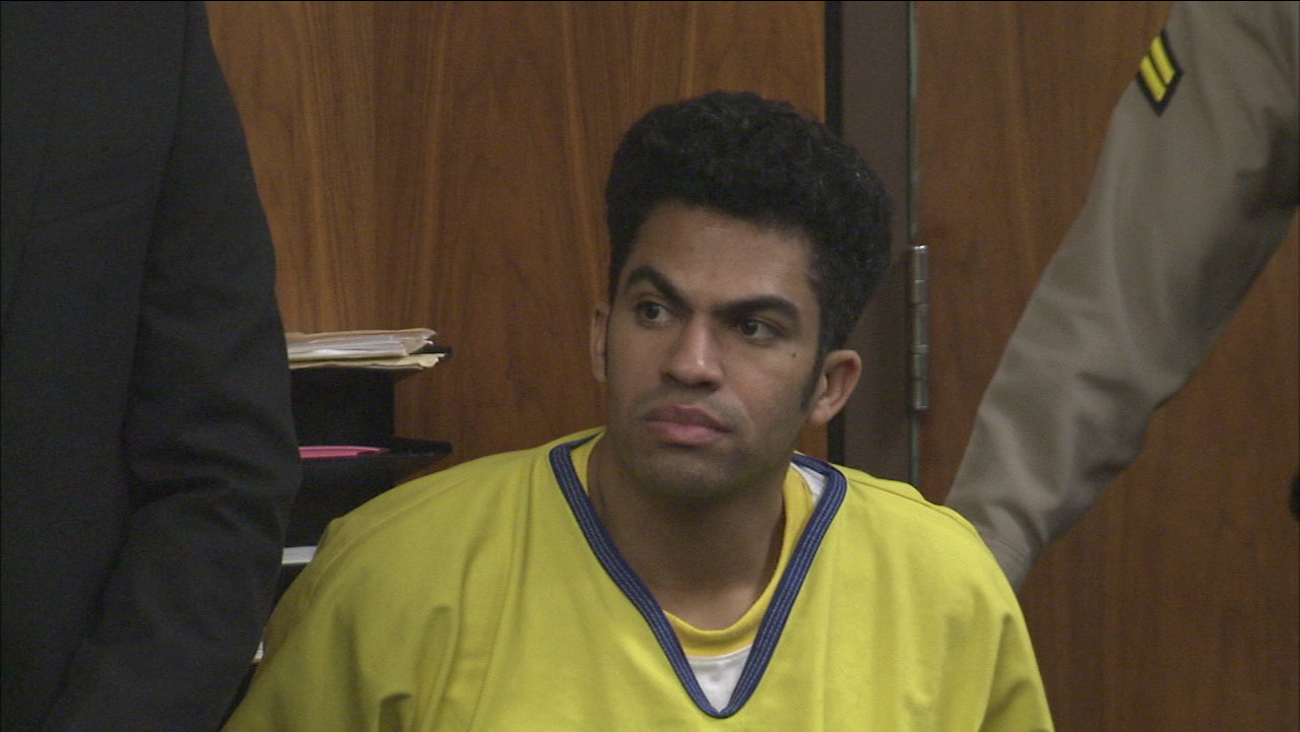 Jackie Jerome Rogers, 34, appears in court on Monday, Jan. 30, 2017, in the beating death of Lisa Marie Naegle, who was a contestant on "Bridalplasty."

LOS ANGELES (KABC) -- The man accused of killing a former reality show contestant pleaded not guilty to a murder charge on Monday.

Jackie Jerome Rogers, 34, appeared at the Inglewood courthouse for the arraignment hearing. The felony complaint includes a special allegation accusing Rogers of using a hammer to kill Lisa Marie Naegle in December 2016.

Prosecutors allege Rogers beat Naegle, 36, to death after they left a party together, and then buried her body in the back yard of his Lennox home.

Authorities say after questioning, Rogers led them to his home in Lennox, where they found Naegle's body. Rogers claimed he was having an affair with Naegle, who was married, but her family doubts his claim.

Rogers, who was one of Naegle's nursing students, was being held on $2 million bail and is due back in court March 2. If convicted, he faces 26 years to life in prison.