Country star Reba McEntire has some story to tell after she had to be rescued from a second floor window. Here's why.

ATOKA, Oklahoma -- Rescue crews in a small city in Oklahoma were captured on video rescuing country star Reba McEntire from a historic building after a staircase collapsed on Tuesday.

According to KXII-TV, the singer and her partner, Rex Linn, were touring the building when a set of stairs collapsed, leaving them stranded on the second floor.

The video, taken by a woman named Tina Eldridge-Jackson, shows the superstar coming down a ladder with the help of firefighters.

McEntire commented on the incident on Twitter Wednesday afternoon saying she's glad no one was seriously injured.

"We were safely evacuated from the building thanks to the quick response from the Atoka fire and police departments," the singer wrote. 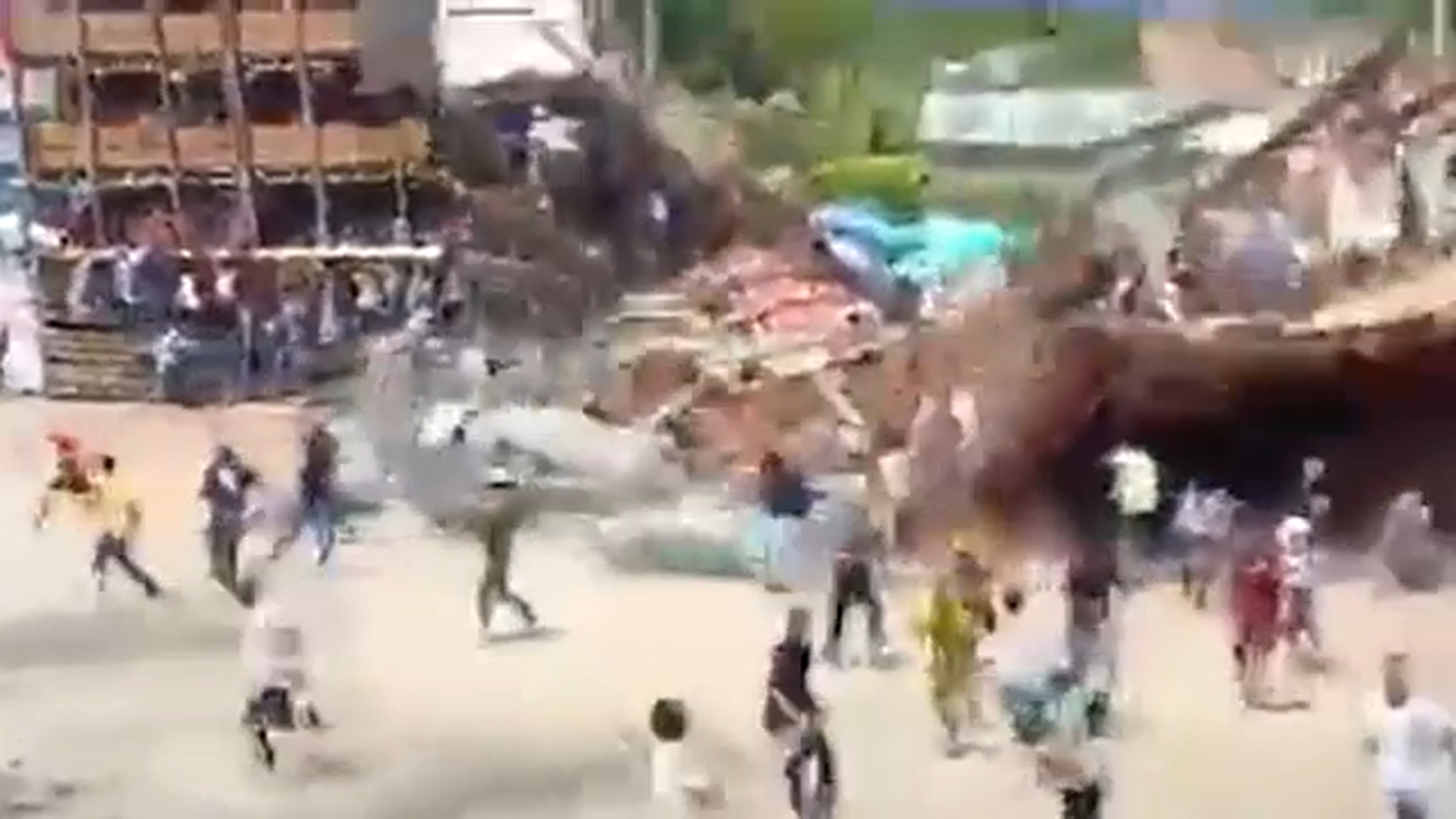 At least 6 dead, 200 injured after stands collapse during bullfight