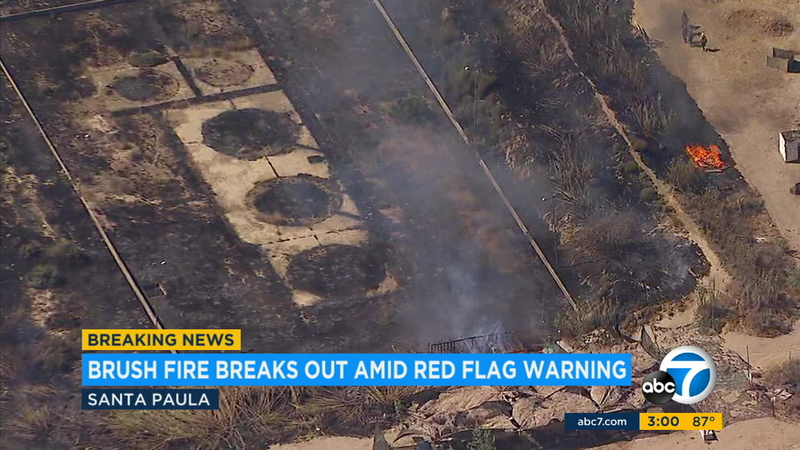 MALIBU, Calif. (KABC) -- Firefighters extinguished three small brush fires in Malibu, Elysian Park and Santa Paula as a red flag warning went into effect across much of the Southland.

More than 80 firefighters descended on flames in Santa Paula that erupted near a golf course and paintball facility. Firefighters got the call just after noon. They were quickly able to gain the upper hand on the blaze.

One utility structure and a utility vehicle were destroyed, but no injuries were reported. Three other utility sheds were damaged, fire officials said.

Flames were reported about 12:42 a.m. Friday near the intersection of Malibu Canyon and Malibu Crest roads, according to the Los Angeles County Fire Department. The fire slowly spread to about 3 acres just east of Pepperdine University.

Supported by three fire helicopters, firefighters knocked down the blaze and Malibu Canyon Road was reopened shortly before 5 a.m.

In Elysian Park, firefighters responded shortly after 11:30 p.m. Thursday to a 1-acre vegetation fire in the 1300 block of Stadium Way.

Red Flag Warning on Friday for Los Angeles and Ventura Co. Use EXTREME caution with anything that can start a fire. #cawx pic.twitter.com/B2ylpA22iO

That fire was extinguished in just over an hour, according to the Los Angeles Fire Department.

No injuries or structural damages were reported in either incident.