"Something happens when we come together, which is much greater than the individual parts," said vocalist Anthony Kiedis.
KABC
By George Pennacchio 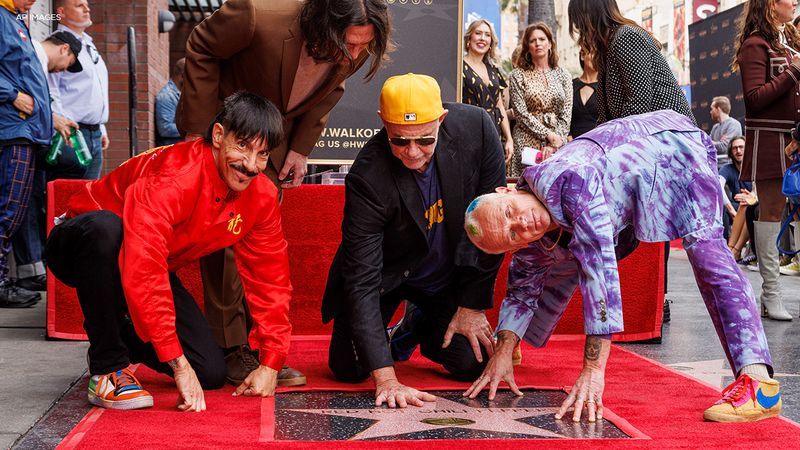 HOLLYWOOD (KABC) -- It was a big day for the Red Hot Chili Peppers.

The longtime hometown band got a star on The Hollywood Walk of Fame Thursday, and dozens of people showed up for the ceremony that at one point, police decided to just close off the street. Maybe that's what happens when you've been music superstars for decades.

To our fans we love you forever ❤️ pic.twitter.com/njzp3KLdRJ

"I love, love, love me some Red Hot Chili Peppers," said actor Woody Harrelson when he took the stage at Thursday's ceremony.

He was among the many who showed up to celebrate a band that has performed live to tens of millions of fans over the last several decades.

"Something happens when we come together, which is much greater than the individual parts," said vocalist Anthony Kiedis. "You know, the sum of our parts is that we were able to find something that we love doing and communicate with the entire world."

Bass player Flea appreciates this honor and the honor of being a performer for decades.

"Just grateful for the whole journey, all the triumphs, all the failures, all the learning," he said. "And a lot of it was done on this very street that is a fabric of who we are. So to be a part of the physical fabric of it is just beautiful for us."

Over the years, the band has won six Grammys, sold 80 million albums and their music has been enjoyed more than five billion times on YouTube. Their hits include "Californication," "Under The Bridge" and "Can't Stop."

"I love the Chili Peppers. They've been my favorite band for 23 years and it's been my life's goal to meet them," said Megen Smith.