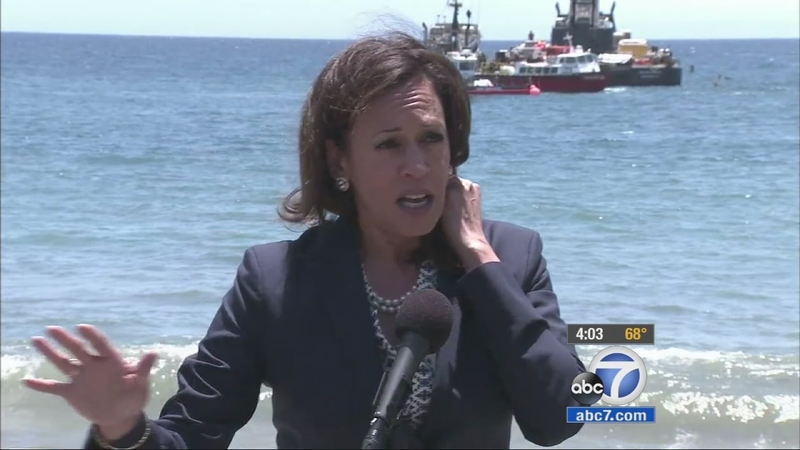 "We're here to investigate and determine if there was criminal behavior," Harris said.

Harris' visit comes just a day after a preliminary federal report revealed that the section of pipeline that burst was badly corroded -- a development Harris called "troubling."

Harris says she has teams of lawyers and investigators looking into whether Plains All-American Pipeline could be facing legal action from the state.

"I've assigned both a team of my prosecutors to pursue whatever may exist in terms of potential criminal charges, as well as a team of our civil lawyers to look at any violations of civil law," Harris said.

The state attorney general says she's impressed with the cleanup so far, but pointed out that there's still a lot of work left to do.

"There is still damage that is obvious and apparent. One of the challenges for the cleanup is the tar that is on the boulders, and so there's an assessment that is being done about how to clean up this environment in a way that will not damage the natural species that exist in this environment, and also do the work of making sure that it will not present an ongoing health risk to human beings," Harris said.