Relationship policing applauded as a crime-fighting tool in LA 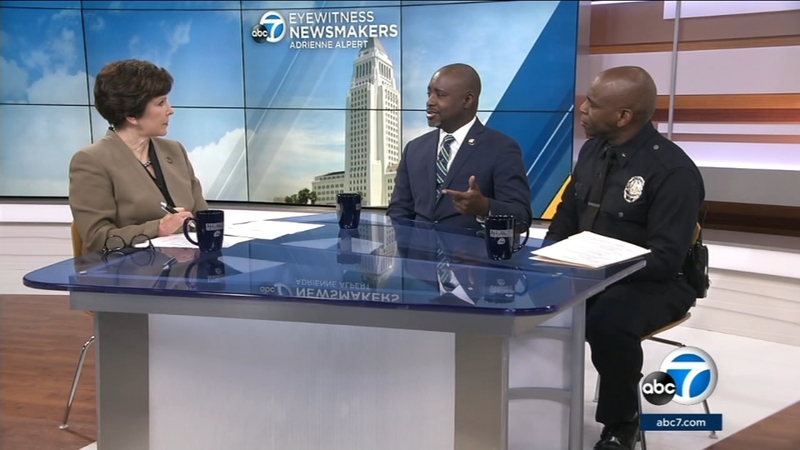 Relationship policing applauded as a crime-fighting tool in LA

A comprehensive crime-fighting approach through relationship policing and the Community Safety Partnership was discussed on Eyewitness Newsmakers.

The councilman pointed out that there was an increase in violent crime over the last month, crime numbers are still at a 50-year low. He applauded police Chief Michel Moore for finding the trend after just seven days, saying historically, it takes weeks and months to get statistical data. It has not revealed any definite links among the shootings. Authorities say they see no indication of gang wars. Gangs from the area called for a truce after the Hussle shooting, the first in 27 years.

Harris-Dawson supports the LAPD backing off on predictive policing to try to anticipate crime hot spots. He said it leads to racial profiling.

"Racial profiling has been demonstrated the world over to not work," he said. He called it a shortcut, saying the way for police to know what's going on is to know the fabric of the community.

Cmdr. Woodyard explained that is the goal of the Community Safety Partnership's relationship policing.

"We've embedded a sergeant and 10 officers in a community. Their sole responsibility is to engage the community in a different way," he said. It's a five-year commitment, and officers consider it a promotion, according to Woodyard, who said, "If you look at the officers we select, they come from this community, they care." He said the overall number of homicides is 26, down from 29 this time last year, despite the recent increase.

"That's the last straw, what happens first is social media." He said they look at Facebook and Instagram and other social media because "anybody can be the toughest guy behind the computer screen."