Restaurateur credits his perseverance and success to lessons from his father, a Hiroshima survivor 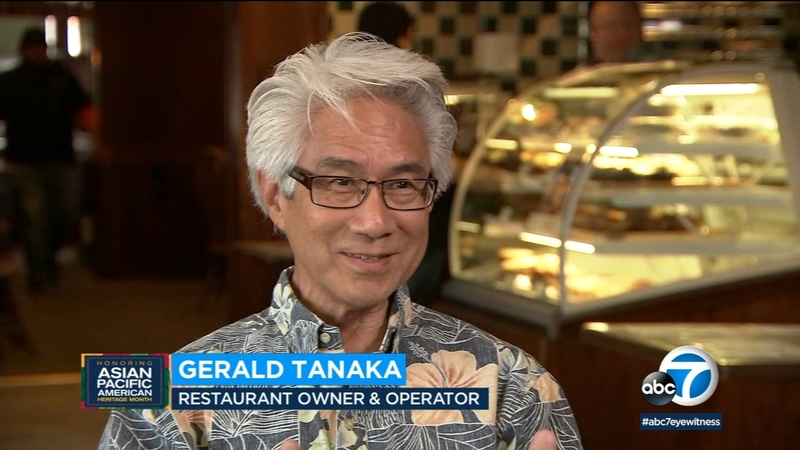 Restaurateur credits his success to life lessons from his father

Gerald Tanaka has been in the restaurant business for over four decades. He credits his success to the life lessons from his father.

Tanaka, who grew up in Pico Rivera, says he exudes Japanese culture, American culture and even Mexican culture. And he calls his story "the American dream."

Tanaka remembers his father telling the story: When his dad was 17 and living in Hiroshima, Japan, being late to breakfast one morning with a dozen high school friends at a factory.

His punishment for his tardiness -- sitting with his back to a huge glass window that later was filled with a bright light and a blast blew him to the floor under the table, with shattered glass flying through the air.

When he got up, most of his friends were dead. He was 2 miles away from the epicenter of the Hiroshima atomic bomb and later would tell his son Gerald:

His father, Samio Tanaka, was a model of persistence, determination and perseverance -- as displayed with the numerous wooden replicas of ships and other pieces of art he built by hand, with such attention to detail, using items like floss, toothpicks, pine cones, or whatever he could find around the house or yard.

"(What) he always said was, 'Work hard. Working smart might be tough for you.' That is what he used to tell me -- he didn't tell my sister that, he told me that," Tanaka recalled with a smile. "He said, 'Work hard, it'll make up for a lot of things. And then, enjoy the journey.'"

That journey began inside a Marie Callendar's in Whittier, where Tanaka landed his very first job - as a dishwasher -- the summer before his senior year at El Rancho High School.
He would later own that very restaurant, as he does today along with three other Marie Callendar's -- the only Asian-American franchisee and the largest Marie Callender's franchisee in the country.

Earlier in his career, on the corporate side, Tanaka became the first Asian American vice president with Marie Callendar's, when the Ramada Corporation owned the brand.

"Another takeaway from my father's life lessons was: always be lucky," Tanaka said. "And the way to be lucky is be prepared and be ready. When the bus comes by, if its an opportunity bus, jump in."

But before much of his success, Tanaka's journey came to a screeching halt when he was diagnosed with Hodgkin's lymphoma at the age of 26. In a time where the prognosis wasn't encouraging, with determination and perseverance running through his veins, Tanaka beat cancer after a two-year battle.

Professionally, his biggest battle -- like many restaurant owners -- has been the pandemic. But he is grateful to his loyal employees at his five restaurants, some who have been with him for over 40 years.

"All this team, they stayed with us the whole time. None of them got discouraged," said executive manager Jay Villasenor. "They were here every single day and they didn't give up."

Tanaka has always had close ties to Hawaii, and his dream came true in 2017 as he opened a Hawaiian fusion restaurant. Plumeria Cafe in Laguna Niguel has become a very popular spot, which his father visited for the first and only time a few months before he passed away. Intending to just stay for a cup of coffee, the elder Tanaka stayed for four hours watching the line of people all morning.

"He came up to me before he left," Gerald Tanaka recalled. "He said, 'OK, you made it in the restaurant business, good for you.' Then he gave me five taps, which was more taps than he's ever given me."