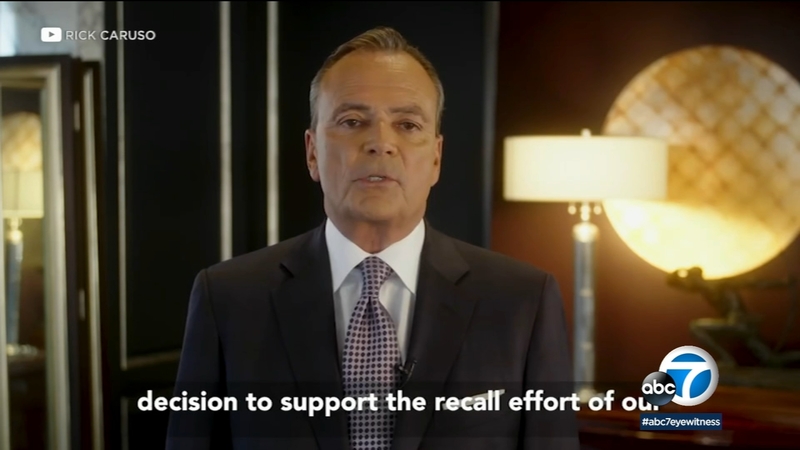 He says many of Gascón's policies have put the city in peril and allowed crime to increase.

"As I've said many times, I firmly believe that George Gascón needed to stand up, admit that many of his policies have put the city of Los Angeles in peril -- crime is rising -- change those policies, or he should step down, and if he doesn't step down, he should be recalled," Caruso said.

Caruso released a video online announcing his support for the recall effort.

Caruso is making what his campaign calls a sizable donation to the recall campaign.

"I've also decided to support the recall effort financially to help them get the signatures they need to put this decision on the ballot, so the great people of Los Angeles can make a decision on the direction they want the city to go," Caruso said.

In the past Caruso, supported Gascón, but switched sides during the district attorney race.

Caruso announced his candidacy for mayor Feb. 11 and was recently endorsed by the Los Angeles Police Protective League.

Early polling shows opponent Rep. Karen Bass as the current frontrunner in the race. In a recent LA Times poll conducted with UC Berkeley, Bass received 32% of support from surveyed voters who have made a choice, and Caruso polled 8% among likely voters.