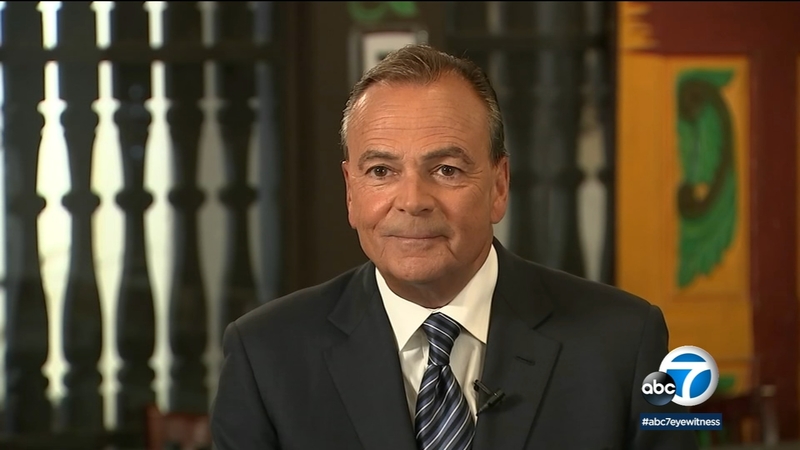 LOS ANGELES (KABC) -- You may not know much about billionaire Rick Caruso, but you've likely been to or heard of his Southern California shopping center's like The Grove, Americana at Brand in Glendale and Palisades Village.

Now a Democrat, the life-long resident is running for mayor of Los Angeles.

"I'm not trying to make the whole city look like The Grove. The city is so fantastic the way it is. Every community is diverse and different and that's what gives L.A. it's strength and it's beauty," Caruso told Eyewitness News. "What I've seen is our city degrade in a really sad way, and I love this city deeply.

"I raised my family here. Built my business here and it's sad. To see people scared in their communities, to see the homelessness be out of control, to see crime spiking the way it's spiking, when you love something, you don't give up on something. That's what I was taught as a kid. You lean in and you try to help."

"They've never managed anything. They've never been in leadership positions and been accountable for making tough decisions. Now's a different time in Los Angeles," Caruso said. "We've got some tough decisions to make. We have to do things in a humane way for the homeless, but you've got to make good decisions that are in the best interests of the citizens. Not about getting re-elected."

Another billionaire has entered the fray to hold public office as developer Rick Caruso filed paperwork for his candidacy for Los Angeles mayor the day before the deadline.

Solving homelessness is at the top of Caruso's list, who says he would declare a state of emergency on day one and ban encampments. Although Caruso has never held elected office, he's a former commissioner on the police commission and at LADWP.

"The taxpayers of Los Angeles authorized over a billion dollars to build housing. It was supposed to be 10,000 units. Six years later, we've spent the money. We spent 700,000 a unit and we've got 1,100 units, not 10,000. That's bad management," Caruso said. "There's not a shortage of money. There's a shortage of leadership and management."

"The George Gascón of today was not the George Gascon that I knew," Caruso said. "When his campaign started rolling out and I started hearing his policies, I leaned in heavy to Jackie Lacey."

The primary is less than four months away. It's on June 7 and the top two vote-getters will then face off in the Nov. 8 election.