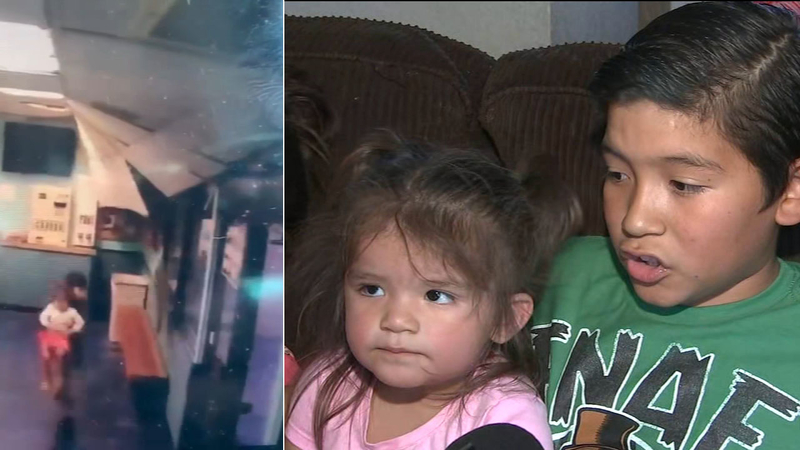 RIDGECREST, Calif. (KABC) -- A boy who picked up his sister and ran out of a Ridgecrest laundromat the moment a powerful 7.1-magnitude earthquake struck is recounting the dramatic moment captured on video.

"It started shaking really badly and the roof starts to collapse in more. That's when I grabbed my sister and ran toward the door because everything's shaking," he said.

Falling ceiling tiles narrowly miss them as they run outside. Their mother Joann Yglesias was right behind them.

"Once we got outside, I grabbed my kids and held them really close to me," Yglesias said.

"I'm very, very proud of him and thankful he was there to react good," she added.

Ridgecrest is still on edge after the two strong earthquakes that hit back-to-back days last week, and the aftershocks that have followed.

In one part of Ridgecrest, others are anxious to rebuild their homes. Insurance carriers are set up in the Home Depot parking lot to help customers fill out claims -- many without earthquake insurance.

Almost Eden Rescue is currently the only operating animal rescue in Ridgecrest. It is staying open until midnight every night as people drop off animals -- many found wandering around the streets after the earthquakes.

Various non-profit groups are also helping to rescue and treat animals affected by the quakes.

"We're taking in all small animals that have been displaced and trying to reunite them with their owners," said Teresa Servais of Almost Eden Rescue.