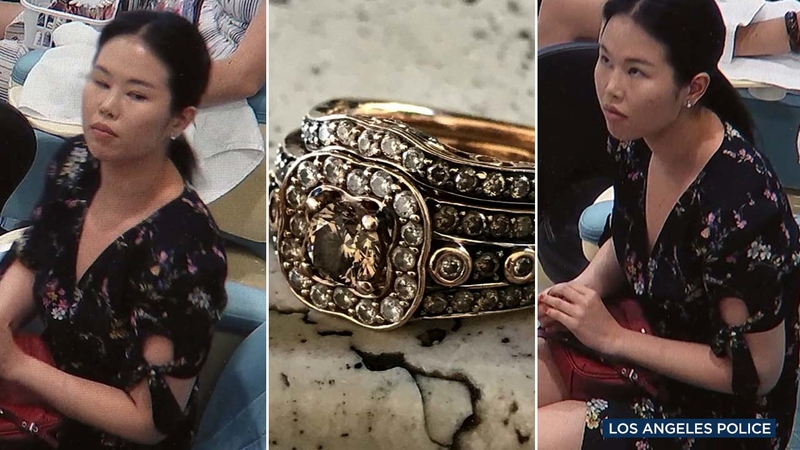 STUDIO CITY, LOS ANGELES (KABC) -- A woman accused of stealing a wedding ring from another woman at a nail salon in Studio City has been arrested.

The sleight-of-hand theft occurred on June 20 at a salon in the 12100 block of Ventura Boulevard, and the incident was captured on surveillance video.

LAPD detectives are looking for a woman who stole a wedding ring as she was getting treatments at a Studio City salon.

The footage shows a woman discreetly picking up another woman's wedding ring that was left on a side tray. The thief then slips the stolen jewelry into her purse, police said.